Welcome to another edition of the Arts and Music, the Column that seeks to promote Arts, Music and Culture in the Gambia.

In this edition of today’s Column, we will feature Gibou Ngum who is promoting Gambian traditional music and culture in Europe.

Gibou Ngum born in a ‘Jali Kunda’ or ‘griot’ or ‘guewel’ family, he travelled to Sweden in 1994 at the age of 21. He created a group called ‘Afro Mbalah’ and ever since its creation, the group has been selling Gambian music and culture throughout Europe.

The group consists of all ethnic groups of the Gambia. The group recruits talented instrumentalists from diverse backgrounds.

The group travels throughout the length and breadth of Europe in nations like Norway, Denmark, England, Holland, Sweden and many others. ‘Afro Mbalah’ performs Gambian Music in naming ceremonies for Gambians abroad and for Europeans at their festivals. They also perform in other platforms. 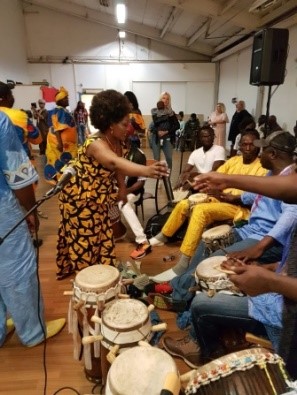 “It is really an exciting pride to be selling my country’s traditional music and culture in Europe and seeing it being appreciated everywhere,” Gibou told this reporter in an interview; that he has reached a certain point in promoting his country’s music which he has never thought he could have reached; that it has been his dream of seeing Gambian music going forward. He thanked his teammates for being so supportive and productive in their works.

Ngum said he is ready to extend a helping hand to any Gambian music talent both abroad and within the country. 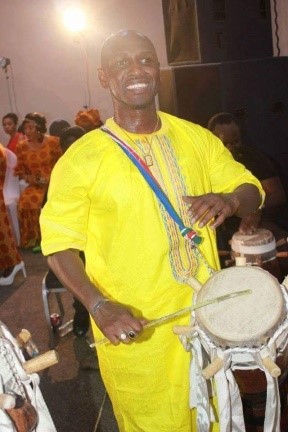 Gibou Ngum said he started playing drums at School with the School’s drama groups; that he went to Sweden after being contacted by a group called Afro Tam Tam and that he now settles in Norway with the family.

Baboucarr Dampha alias ‘stone boy’ is a member of Gibou’s Afro ‘Mbalah’ group and plays most of the country’s traditional instruments.

Dampha expressed pride in Gibou as a humble person who opens his doors for Gambians when they arrive in Europe; that due to Gibou’s humility, Gambian culture as well as African Music is being recognized in Europe.

Gambia to Update its National Determined Contribution on Climate Change

By Ndey Sowe The National Centre for Arts and Culture together with the Department of Cultural Heritage of Senegal is currently training sixteen Gambians and...
Read more

With Makutu Manneh Welcome to another Edition of the Arts and Culture, the Column that seeks to promote Arts, Music and Culture in the Gambia. In...
Read more

By Ndey Sowe A Senegalese Association that is currently on a visit in the Gambia, said they will strengthen cultural ties and also promote youth...
Read more
FOROYAA Newspaper is your premier Gambian community portal delivering news on politics, legal affairs and more. We provide you with the latest breaking news and videos straight from The Gambia and the rest of the world.