Assan Hansen is fast growing into sensation after picking his 41st victory against Andreas Jager.

The Gambian born raised by a German adopted father turned on the act in another of his outing for Boxing Team Hessen in the German second tier. 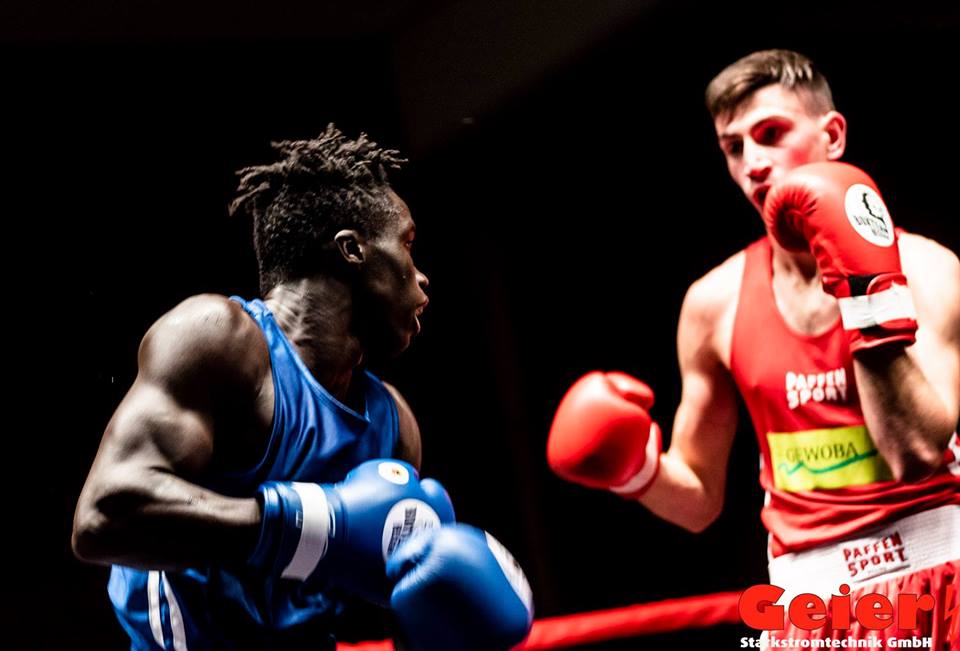 Contesting under the 61kg lightweight category, Assan, whose twin brother Ousainou Hansen is also a boxer, sailed over his opponent with some relative ease.

The result had him picking some crucial points for Club Hessen in the amateur Olympic level, putting him on track towards turning professional.

Dubbed the Black Mamba, the victory comes as a major beef up for the starlet after he’d lost the Olympic qualifier finals months ago.

By Sulayman Bah The victorious Gambia U20s yesterday afternoon touched down at home having conquered Senegal. A crowd of spectators waited for the Scorpions and waved...
Read more
FOROYAA Newspaper is your premier Gambian community portal delivering news on politics, legal affairs and more. We provide you with the latest breaking news and videos straight from The Gambia and the rest of the world.