The goal-getter leaves parent club FC Zurich on loan until end of the current season to taste football in Germany.

He has been unable to replicate his deadly form for the Gambia national team at club level, notching only a goal in twelve appearances for former Swiss league champions FC Zurich.
The 25-year-old now joins promotion-chasing German second tier side Osnabruck who see the scorpion as the perfect fit for their push to the Bundesliga. 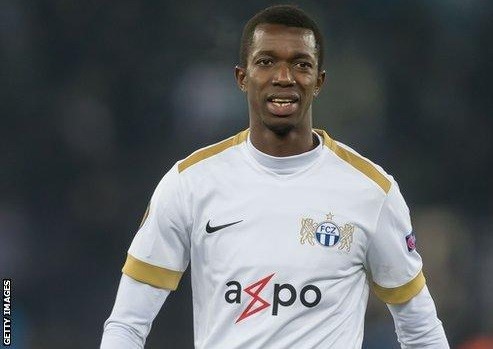 Ceesay has a three-year deal –counting this year – left with Zurich and hopes to return at elapse of the term an improved attacker.

Osbabruck sports director couldn’t hide his excitement at capture of the Gambian’s signature who was four years ago plying his trade in the Senegalese championat with Casa Sport.