The victorious Gambia U20s yesterday afternoon touched down at home having conquered Senegal.

A crowd of spectators waited for the Scorpions and waved in delight amid cheering. 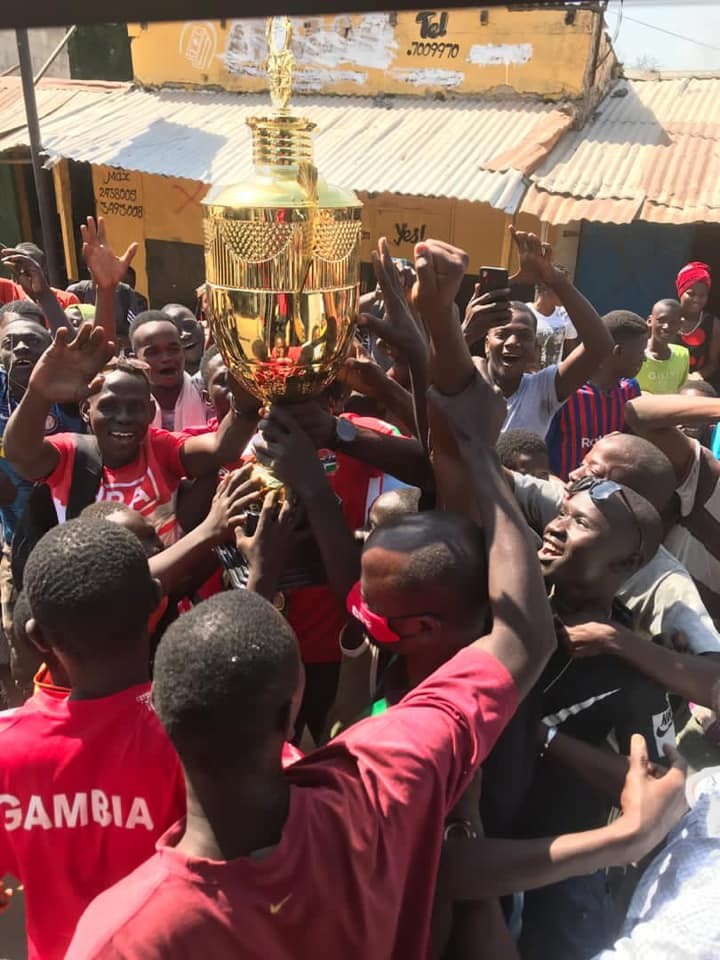 The epitome of hard work, Saidy rose through the ranks of being a third, second to a first pick at club level to mastermind the Young Scorpions’ victory.

The Bundung-based stopper saved two efforts from the Senegalese before the final kick rattled on the post to earn gaffer Matarr Mboge’s charges the coveted gong.

Regular time ended 2-2 but penalties ensured the sides were separated.

Yesterday’s feat bordered some poetic justice after the Taranga Lions whacked Gambia at start of the tourney.

The humiliation from Senegal had most casting doubts on Mboge. However, that perception sure shifted in the wake of Sunday’s cacophonous celebrations.