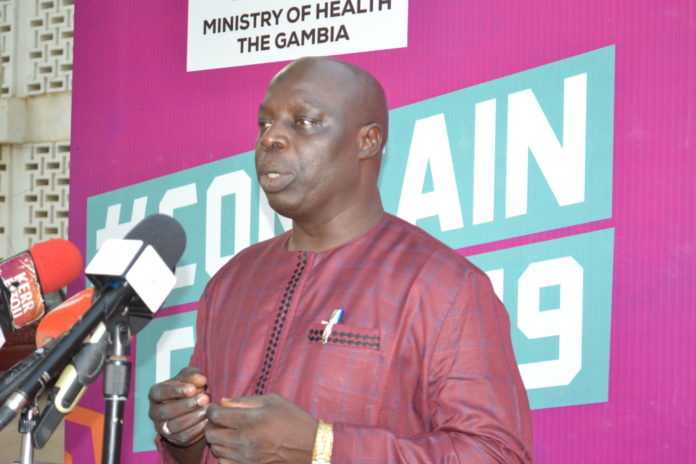 Nineteen new cases of COVID-19 have been registered in The Gambia bringing the total number of cases to one hundred and twelve (112).

This was the highest reported cases of COVID-19 in a single day since the outbreak of the novel coronavirus in The Gambia on the 17th March 2020. Recently, the number of confirmed COVID-19 cases is on the increase as the country records 48 cases in six days.

Modou Njai, the Director of Health Promotion and Education at the Ministry of Health said out of the nineteen new confirmed cases, six were healthcare workers among whom five (5) were from Edward Francis Small Teaching Hospital (EFSTH) and one from MRC.

He said the source and chain of infection of about 58% of the new cases could not be established which is evidence of the existence of community transmission in The Gambia.

Director Njai said sixty-three (63) persons were newly taken into quarantine while ninety-six (96) have been discharged. He detailed that the newly quarantined persons include twenty-eight (28) Arabic students and two (2) military personnel who recently came into the country from locations with ongoing community transmission.