Gina Bass, the 24-year-old Gambian Olympian who won gold in the All Africa Games, which ended in Morocco last week, on Friday 9 September 2019, received a title deed from President Adama Barrow at Statehouse.
Bass and other Gambian athletes participated in the just concluded African Games in Rabat, Morocco.
These athletes including the Gambia Volleyball players on Friday met at the statehouse to receive title deeds and cash amount of D50,000, a message on the Statehouse official Facebook Page said. 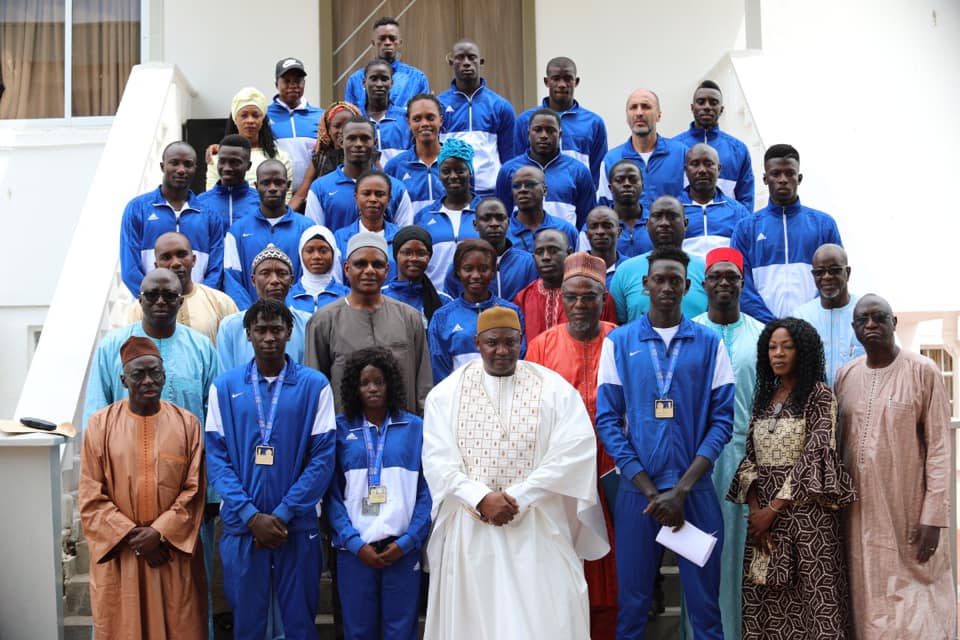 It said, “President received The Gambian team to the games at the State House to personally congratulate them for their exceptional performance and putting the name of the country on the athletic world map.”
It added, “While Gina Bass and the volleyball players, who won gold were given land, other players in the Gambian delegation to the Africa Games each received D50, 000,” the message said. 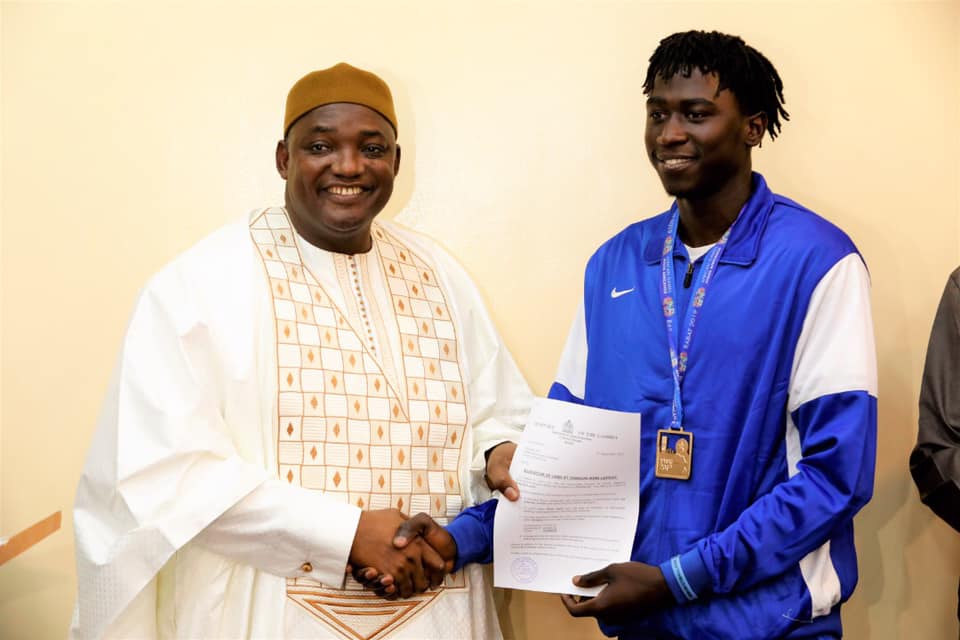 The 24-year-old sped past defending champion and Africa’s fastest 200m athlete Tallou of Ivory Coast to win gold with an impressive timing of 11.13 seconds, a season-best. The performance saw her beat 11.38 seconds feat over the weekend in the semi-finals. 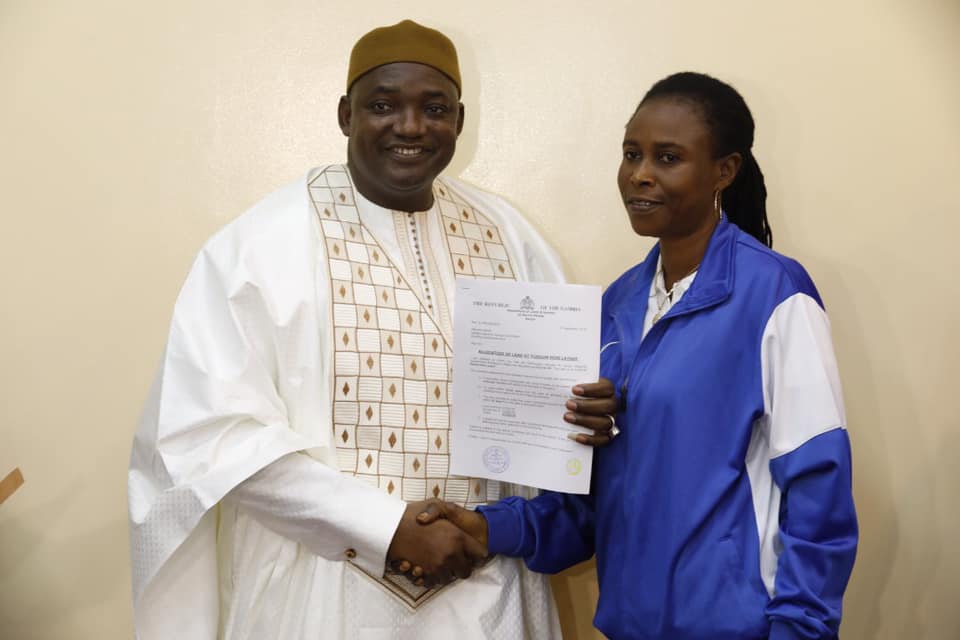 Earlier in the 100m race, she trailed behind Tallou coming second and winning a silver medal. This became the tiny West African nation’s second gong after the beach volleyball team snatched gold in their encounter against Morocco in the All Africa Games.
During an interview with an international media, Gina described herself as the poorest Olympian, saying that is what people called her. She said she did not even have a plot of land.

By Yankuba Jallow Veteran Gambian journalist Ebou Waggeh passes away on Monday, 26th October 2020. He was among pioneer journalists at the Gambia Radio and Television...
Read more

By Makutu Manneh The National Independent Electoral Commission (IEC) has approved four (4) candidates from different political parties to contest for the position of Councillor...
Read more

By Mustapha Jallow  Residents of Nana Ba, Kumbanyi Fula and Kumbanyi Mandinka in Niamina West District, were on Tuesday urged to desist from violence and...
Read more
FOROYAA Newspaper is your premier Gambian community portal delivering news on politics, legal affairs and more. We provide you with the latest breaking news and videos straight from The Gambia and the rest of the world.