By Ndey Sowe Adama Barrow, President of the Republic of The Gambia will embark on a day official visit to...
Read more

By: Kebba  AF Touray The Ministries of Fisheries, Environment and NGO Affairs have provided their respective recommendations on the Bill...
Read more

By Makutu Manneh Ferries operating between the terminals of Banjul and Barra will stop operations today 21st October 2020 for...
Read more

The Tuition fee increment at the Gambia College this academic year will now apply to only new intakes. Second- and third-year students are exempted.

The College authorities, almost a month ago, came up with the decision of increasing the tuition fee from D7000 to D12,000 this academic year.

This increment, almost sparked a serious conflict between the students and the authorities, because the students refused to pay D12,000 noting that it wasn’t written on their acceptance letter at the time of admission. 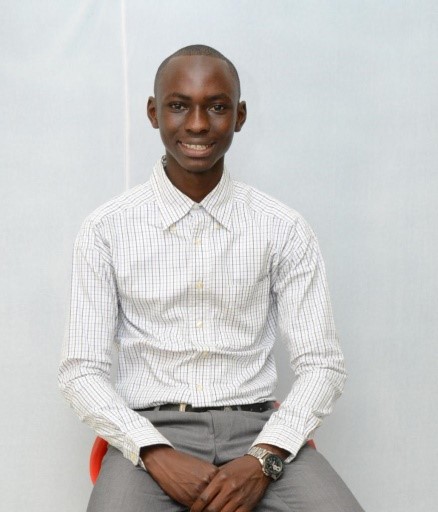 The cry of these students, pressed both the Students’ Teachers Association and the Gambia College Students’ Union, to squarely engage the authorities to reverse the decision.
The President of the Gambia College Students Union (GCSU), Antouman Jagne, said it was a rough journey but after several meetings and dialogue with stakeholders on the increment of tuition fee, matters came to a fruitful end.

“I was called at the Ministry of Higher Education Research Science and Technology (MOHERST), where the Registrar of Gambia College, principal, president of the academic board, chairman and vice chairman of Gambia College council were in attendance.
“There it was disclosed to me that the decision over the tuition fee increment at the Gambia College is being reversed and the ongoing students will continue to pay D7000,” he said.

The President of the GCSU acknowledges the Student Teachers Association (STA) and GCSU for the tireless efforts they have been doing to bring a smile on the faces of the students.
Lamin Jobe a second year student at the Gambia College School of Education said this issue of tuition fee has prevented many students from going to college.
“Some of us are from very poor backgrounds and we find it very difficult to pay the seven thousand dalasis,” he said.

The student added if the increment of tuition fee was maintained at D12,000 he would have quit the school of education and go to another area.

By Ndey Sowe Adama Barrow, President of the Republic of The Gambia will embark on a day official visit to...
Read more
- Advertisement -
Your Representative

By Makutu Manneh Ferries operating between the terminals of Banjul and Barra will stop operations today 21st October 2020 for a period of 30days. The halt...
Read more
National

By Makutu Manneh Ferries operating between the terminals of Banjul and Barra will stop operations today 21st October 2020 for a period of 30days. The halt...
Read more

Is The Ministry Providing Face Masks To All School Goers Or Have They Left The Burden With Parents?

The Ministry should not take any chances with the lives of young people. Schools should not wait until young people appear without mask and...
Read more

By Makutu Manneh National Assembly members on Thursday commenced 3 days training on Budget scrutiny, review and analysis to enhance their skills and ability to...
Read more

By Momodou Jarju A renowned Gambian eye specialist has made a clarion call for the country to scale up its effort towards conducting cataract surgeries...
Read more
FOROYAA Newspaper is your premier Gambian community portal delivering news on politics, legal affairs and more. We provide you with the latest breaking news and videos straight from The Gambia and the rest of the world.