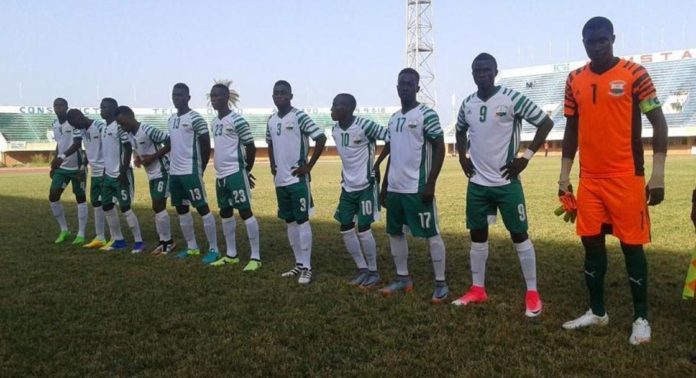 Gambia’s Hawk Football Club has yesterday landed in Nigeria’s City – Lagos ahead of their clash with Akwa United of Nigeria. The team according to media report, were welcomed by the Akwa United delegates at the Lagos Airport and taken to a Hotel where they spent the night yesterday.

The Gambian representatives will take on their equivalents from Nigeria in a showdown for the first time between the two domestic sides at the Godswill Akpobia International Stadium in the City of Uyo on Sunday 11th February, 2018.

Hawks FC have on board a 28-member delegation headed by Club Secretary General Sadibou Kamaso as Delegation Head while Mr Ndongo Camara represents the Gambia Football Federation. The team is also being embedded with a Press Officer in the person of Mr Mbye Camara of Star FM Radio who also doubles as Media Attache for the club. Hawks is expected back home on the 13th February to host Awka United in the return leg schedule for Wednesday 21st February, 2018 at the Independence Stadium in Bakau at 6:00pm

Meanwhile League Champions GAF are also on course for a similar competitive outing to ZANACO FC of Zambia where the Security outfit will also represent the Gambia at the CAF Champions League preliminary contest against Zambia’s giants in Lusaka on Saturday 10th February, 2018. The GAF will also return to Banjul on Monday to continue their technical preparation to host their visitors on Saturday 24th February at the Independence Stadium in Bakau.