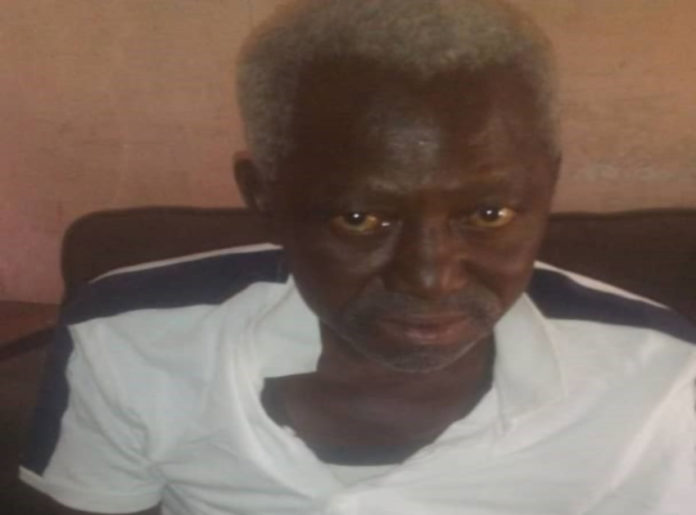 Musa Kandeh, the President of the Gambia Amputee Association (GAA), has warned that they will occupy the National Assembly if Parliamentarians fail to pass the disability bill.

Kandeh said this in an interview with this reporter on Thursday May 7th 2020.

Kandeh explained that his interview was aimed at highlighting the plight of Gambian amputees to the authorities for Government to provide remedies to their anguish.

“We have not been given our rightful places due largely to the delay in adopting the disability bill at the National Assembly. It has been lying there for ten years and we cannot get it passed by Members. Without the adoption of the bill, we will not have our rightful positions and places in society,” Kandeh told this reporter; that most of the structures at Ministries and Agencies are not environmentally friendly to them; that this denies them access to officers and Ministers when they visit them, but was quick to add that they are not calling for the abolition of those structures.

“Normally such Ministries and offices will send down their Secretaries and once they see us, they think that we are there to beg and will not take us seriously. So these are some of the frustrating moments we as amputees face at most of these public places,” he said; that this is traumatizing to them as disable people; that they have indirectly engaged Government through their advocacy programs on media outlets. Kandeh said without the bill, nothing will be done to address their challenges; that when the global pandemic disappears, the bill will either be passed or they will occupy the National Assembly; that the interview was aimed at making society aware of the existence of their association. He decried that they face stigma and related issues as marginalized citizens.

Kandeh also frowned at the low attention given to their association by the media and urged that the media’s attention to the amputees be increased. He acknowledged that only a handful of media outlets give them consideration and attention; that the Gambia Federation of the Disable (GFD) is a registered association with a membership of 147 comprising males, females and children.

“The association aims to enhance the lives and livelihoods of members through training and skills development. We also partner with a Non-Governmental Organization in the UK called ‘Legs for Africa.’ They are the ones helping us import artificial legs into the country to the rehabilitation center at the Social Welfare Department free of charge, except when the leg needs to be reduced or adjusted and the person would be asked to pay a small token for this work,” he said.

Kandeh expressed concern on the number of amputations daily, which he said, ranges between 1 and 2 people; that this is a worrisome scenario that is reducing the human resource base of the country.

He appealed for this issue to be looked into by the authorities and to provide remedies; that the number of daily amputation is on the increase.

He urged members of his association to stay at home during the COVID-19 crisis, in order to contain and prevent the further spread of the virus and to strictly adhere to the health guidelines from the Health Ministry and the WHO.