Gambian referee Ebrima Jallow is set to be investigated after being captured in a footage receiving what looked like $500 before a WAFU game in Ghana last year.

In the secret five-minute video creating buzz across Africa, Jallow appears to tell undercover reporters posing as Ghanaian football officials, that the practice of giving referees money is widespread across the continent. 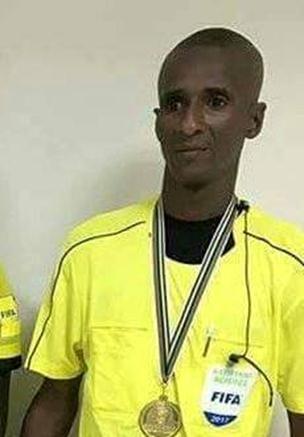 Responding to a question on what he thinks of such acts after being given his portion of $500  in the dressing room unbeknown to him he was being filmed, Ebrima said: ‘The way you do (give money to referees) is happening everywhere. I told him in the morning it is not matter of bribery or the way I take it….trying to bribe me or trying to bribe the referees. It’s not important. What is important there is the relationship.’

The video is a joint work of Ghanaian controversial journalist Anas Aremeyu Anas and the BBC in a crackdown on corruption in African football.

Ghanaian Football Association president Kwasi Nyantakyi was also shown stuffing wads of cash in a bag after accepting the sums from the undercover agents.

Jallow could be summoned to answer questions from the Gambia’s Football Federation (GFF) regarding his involvement in the footage.

The GFF while describing the scandal as serious, said action will be taken to ‘establish the facts but also strictly following due process.’