Fishers in Mandinary have told Foroyaa that their catch has declined significantly as a result of the advent of Chinese fishing vessels in the territorial waters of The Gambia.

“If these Chinese vessels continue landing their catch in this small town (Mandinary), it will harm our local economy. We will continue to live in abject poverty. Sometimes I return home empty handed,” Mustapha Ceesay, a local fisher told Foroyaa.

They said their canoes cannot march the Chinese vessels which have capacity to catch large quantity of fish in a single fishing trip. According to them, their source of livelihood is at stake as a result of the competition they are facing from the Chinese.

A 69- year -old local-fisherman, Ceesay said he has been fishing since his youthful days but the advent of the Chinese vessels in their area affected them negatively.

Before the advent of Qunlong vessel company in Mandinary, Ceesay said he used to catch lady-fish, red snapper and other species.

“These foreign vessels are making money here and it’s not fair them to ruin our income,’’ he added.

He blamed the authorities for what he called the poor enforcement of the fisheries regulations, which he said if enforced, will enhance the protection of the livelihood of local fishers and sea resources.

“Landing their catch will have drastic impact on the future generation because some of the species would become extinct,’’ he remarked. 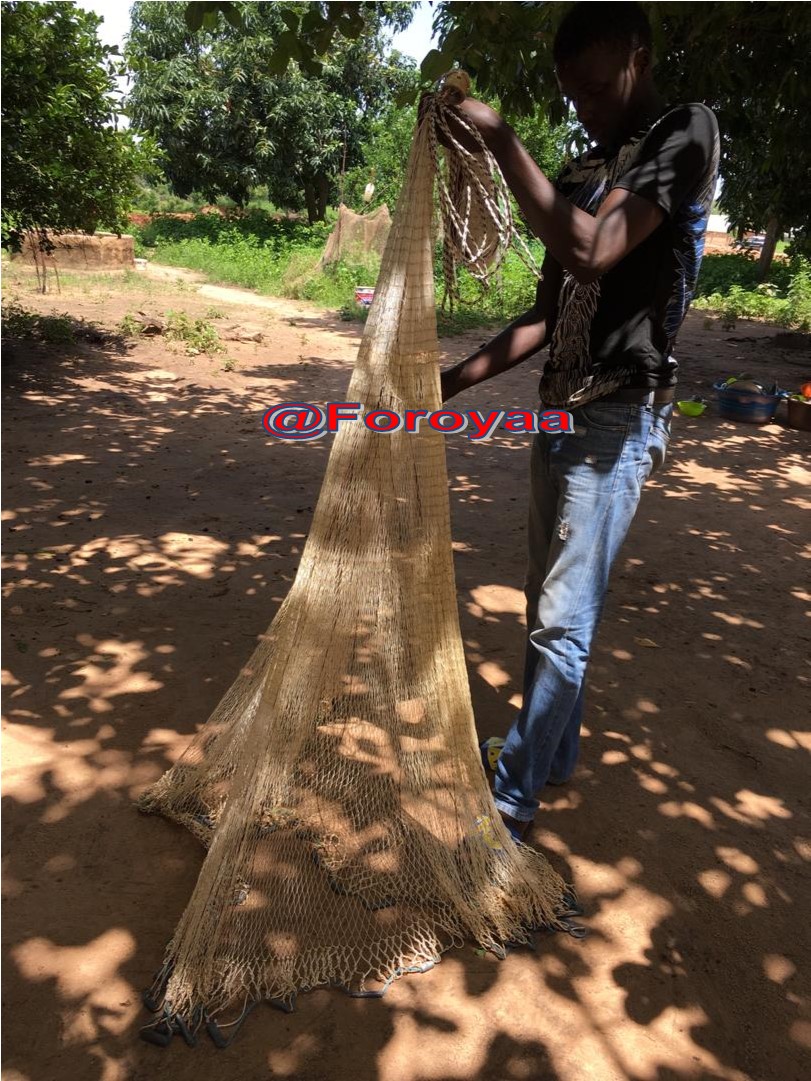 “Our rights over our waters have been ‘seized’,” he lamented. “If a fishing vessel comes to a community and start landing without the authorities taking any step, what power do we have to send them away?’’ Phillip asked.

“My father fed, schooled and clothed me through fishing. I also took it up as a profession to feed and school my kids and feed my family here. I enjoyed fishing, because I was making money and supplying community members. But now, no client comes and ask for fish because I quit the trade,’’ he remarked.

He urged the authorities to relocate the Chinese fishers to another landing site so that he can return to fishing.

Fatou Jallow, a widow of seven children said she has been struggling to feed her family as a fish monger.

“I need to provide for my children. They lost their father some years back and they need good education,’’ the single mother said.

She decried what she called the exorbitant cost of fish saying she buys fish at a wholesale price of D1100 or D1200 and sells at a reasonable cost, thereby making little or no profit. She called on the authorities to consider their plight.

Foroyaa also caught-up with Nana Sillybeh, a fishmonger from Bakau. She lamented the difficulty she faces in her transactions with the Chinese crew regarding the price of fish.

“I buy a container of fish at D4000 or D5000 sometimes, and would make little or no profit when I sell them by retail,’’ she said.

Mr Famara Darboe, the country’s Director of Fisheries, said his department has not issued any permit to Chinese fishing vessels to land and operate in Mandinary.

“I did not give any licence to Chinese vessels to land their fishes in Mandinary,” he remarked.

The Director declined to give details regarding the issue.

The staff of Qunlong Company have told Foroyaa they obtained approval from the Department of Fisheries, National Environment Agency and Department of Parks and Wildlife to land their catches at the Mandinary Park. The management of Qunlong said they renew their licence with the Fisheries Department every three months.

By Mustapha Jallow  Residents of Nana Ba, Kumbanyi Fula and Kumbanyi Mandinka in Niamina West District, were on Tuesday urged to desist from violence and...
Read more

By Makutu Manneh National Assembly members on Thursday commenced 3 days training on Budget scrutiny, review and analysis to enhance their skills and ability to...
Read more
FOROYAA Newspaper is your premier Gambian community portal delivering news on politics, legal affairs and more. We provide you with the latest breaking news and videos straight from The Gambia and the rest of the world.