The Monday evening fire incident in Basse has ravaged the entire market.

The long lasting inferno consumed the entire market, but no life was lost. 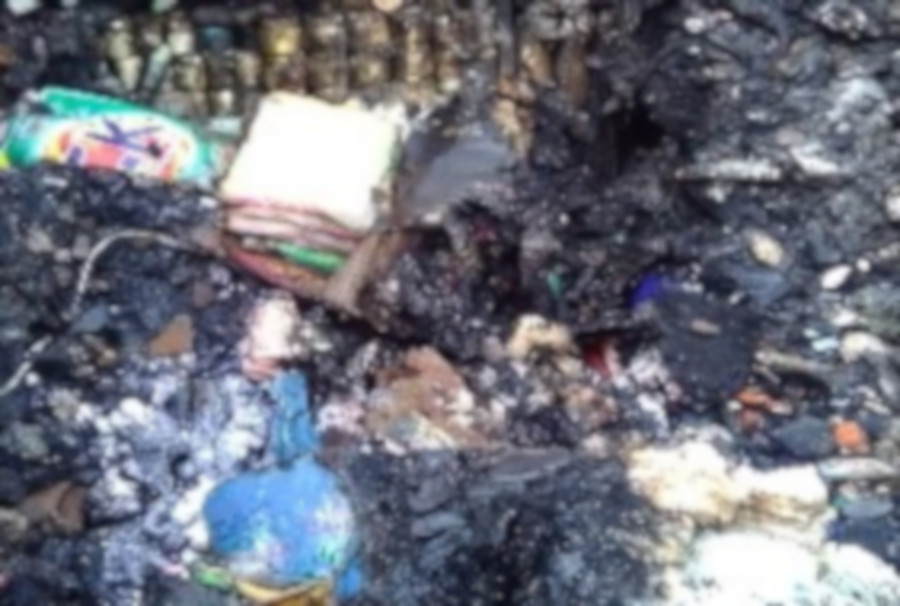 The raging fire lasted for more than five hours before it ravaged the entire market.

The Fire and Rescue Service in Basse were seen trying to put off the fire, but their efforts couldn’t stop the fire from consuming the items in the market. 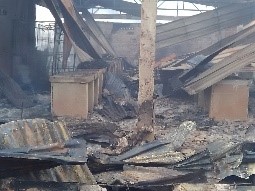 Fanta B.S Manneh the Governor of Upper River Region contacted the Senegalese fire service (pumpier) of Vellingara for assistance and they responded immediately. Also the Chinese construction teams in Basse came to assist in extinguishing the fire. 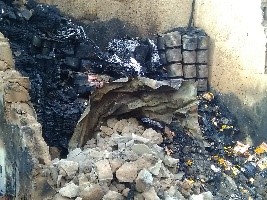 The cause of the fire outbreak is yet to be established as investigation into the issue is ongoing, but many people intimidated that it was caused by electricity.

Meanwhile, as people were struggling to put off the fire, some people were busy breaking shops and looting. The police, who were presented have arrested and took some of them to the Basse Police Station.

On Tuesday, 25th February 2020, as early as 8 am, the Governor of the region Fanta B.S Manneh led a delegation to the market. The delegation included the Chief of Falladu East, the Alkalo of Basse, Chairman Basse Area Council, URR Police Commissioner and many heads of institutions in the region. The delegation urged victims and sympathizers who gathered behind the barricades mounted by security offices to keep calm and allow security and other authorities to do their investigation.

“I am calling on all of you to remain calm and allow the investigators to do their job. The council is having all the names of victims, you will be called one by one to come forward for assessment”, Governor Manneh told victims.

The Police Commissioner for URR Omar Darboe confirmed the arrest and detention of six people in connection with breaking and looting of shops during the incident.

Abdoul Mbaye, the Commander of Fire and Rescue Service in Vellingara – Senegal said they receive a call from Gambian authorities demanding the assistance from them which they responded to.

“We received a called from Gambian authorities demanding the assistance from us about the fire incident at Basse market by which we responded and we arrived at the scene at 23:00 with our necessary equipment, because Senegal and the Gambia are one people hence if Gambia is affected Senegal will feel it,”, he said.

He said it was really tough to put off the said fire because the place is too narrow which hindered their access to the scene.

Yuspha Manneh and Mamadou Salieu Jallow vendors at canting number 1 and 8 respectively said it will be too early to comment because they were in a gloomy mood and it was so hard to describe the level of destructions caused by the incident.