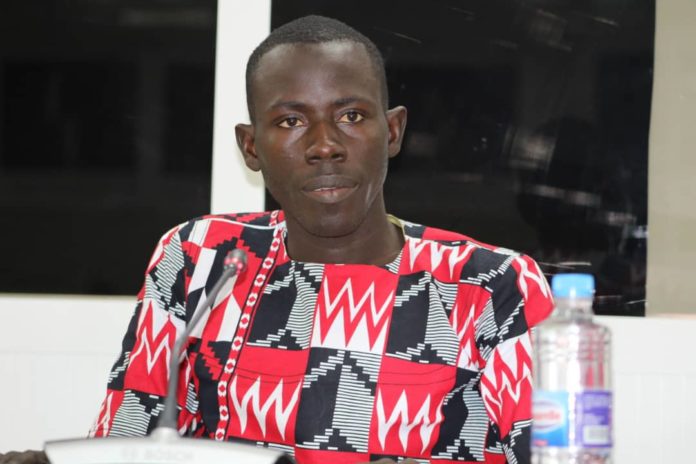 Ex-Private Ebrima B. Njie of the Gambia Prison Service on Wednesday testified that he was used to do farming for David Colley on his farmland in Lamin Village.

Njie said after doing his basic fitness training (BFT), he was enrolled in the prison service and was trained on only foot drill and armoury, adding he was not trained on human rights and that he lacks knowledge of the Prison Act.

He said after the training, he was not served with an appointment letter. He said he was first deployed at the Juvenile Wing at the Jeshwang prison for a week and was moved to the Adult Wing in the same place. He said he was later moved to Mile 2 where he served as a quarter guard responsible for opening the door for ex-Director General David Colley and visitors who came to his office.

He said a month later, he saw his name in a list of prison wardens who were supposed to do farming at the Prison Farm. He said ten of them were working on the farm dubbed the Prisons Farm not knowing it belonged to David Colley.

He said he came to know that the farm was given the name Prisons Farm, but it whatever that was harvested was for David Colley because they took everything to his home.

He said at the end of the raining season, they harvested 6 bags of groundnut, some bags of maize but the millet was destroyed by cattle.

“We worked from 8 am to 3 pm. After work, each of us find food for himself because we were not given any,” he said.

He said he used to spend approximately fifty dalasis on transport fares and breakfast, adding he was paid a thousand and five hundred dalasis as salary.

“We were entirely dependent on our salaries and we used to pay our own fares to go to the farm,” he said, adding the farm was located in Lamin V while he was residing in New Yundum.

He added: “It was not my wish to work on the farm but in service, we have a chain of command. You obey and later complain.”

He said after the rainy season, they returned to Mile 2 and assumed their responsibilities as prison wardens.