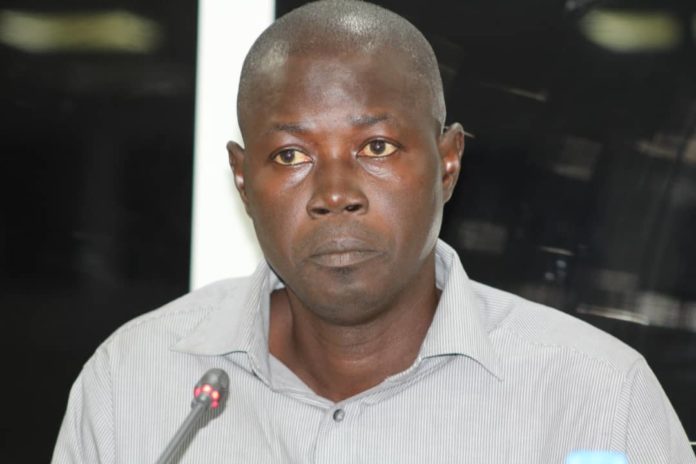 Ex-Director of Operations at the Gambia Prison Services has denied participating in the torture of inmates even though several witnesses accused him of torturing them.

“I was not a torturer. I am not a Chief Torturer. I heard of the name torturer at the TRRC,” Jammeh told the TRRC.

He said the prison wardens and inmates who pointed him as an arch torturer of inmates were telling lies against him.

“I heard their testimonies, but they were all false,” he said, adding “I have never beaten any prisoner.”

He vehemently denied the accusation that he was directly involved in the physical torture of inmates.

With several follow up questions by the lead counsel Essa M. Faal, Jammeh admitted before the Commission that he participated in the torture of Lamin Jah and Soriba Conde.

He said these two were beaten because they refused to say the truth when they were being questioned.

Witness Jammeh denied the Chief Torturer name given to him by inmates and some prison wardens, saying he was not a chief torturer.

“I beat Lamin Jah and Soriba Condeh out of anger,” he said.

“When Makadou (an inmate) was beaten, it was not in my presence, after they had beaten Makodou, I then arrived, I only participated in the beating of Lamin Jah,” he said.

He said one Derick Bright, an inmate, was brought in his presence, but the recruit were the ones who beat him.

With follow up questions, the witness said he participated in the beating of three inmates, not four. He said he was there when Lamin Jah, Soriba Condeh and Derick Bright were tortured but he left before Makodou was tortured.

He admitted before the TRRC that the statement he gave to the police (TRRC investigating officers) was not true.

“Am surprised why I am called chief torturer, I hear this name only at the TRRC” he said.