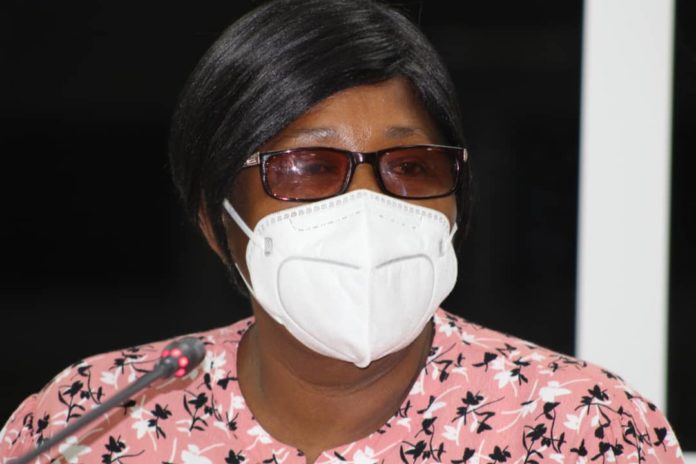 In what was his second appearance before the Truth Commission, Dr Mariatou Jallow told the Truth, Reconciliation and Reparations Commission (TRRC) that then President’s Alternative Treatment Program (PATP) was done in secrecy and was controlled as well.

Dr. Jallow was once the chief executive officer of the country’s main hospital, EFSTH and health minister under the former regime of ex-president Yahya Jammeh who initiated the HIV & AIDS alternative treatment program in 2007.

Faal further told her that not only was everything done in secrecy, but things were tightly controlled.

Testifying further, Madam Jallow admitted that the involvement of medical officers gave the treatment somewhat ‘true face’ and thus it convinced some HIV patients to join in the treatment program. She said she was aware of tests being made, but she never saw the results of the tests.

“This was an alternative program. They had their program, they had their own system and that’s why I was saying I am not involved. They were not my patients and they were patients of another program. So they were not under obligation to show me the results if they did not want because I am also not under obligation to show my results to anyone,” she explained.

She said the patients were not hers and were under another program. Witness Jallow said she was just an observer and that she was only called there to witness the treatment session.

Asked by Lead Counsel, Ensa Faal whether she did not know the role she played, Dr. Jallow said she did not have a role. She however accepted that she was partially involved and she carried out certain responsibilities.

Dr. Jallow said she was part of the ceremony for discharging patients claimed to be cured and that she took part in the massage at one point, while admitting that despite her partial involvement in the treatment program, she was never privy to the results of the treatment.

The health officer admitted that the patients were guarded by armed officers and that the public did not have access to the HIV patients. She said this was not normal according to their profession.

Dr. Jallow agreed with Lead Counsel Ensa Faal that that condition was unlawful detention, adding in their work as health workers, it is not in line with their profession to keep a patient against their wish. She added that as far as she knows, all the patients were not informed of the treatment procedures.

Madam Jallow testified that she was aware of the claims then that some of the patients that underwent the alternative treatment were cured. She recalled the Senegalese officials reacted in the negative. She said they declaimed that the claim was true.

Faal cited Reuters news agency report about the disclaimer made by the Senegalese officials which was also reported by The Guardian in UK. Madam Jallow agreed with the reports made by the international media, noting that then President Jammeh’s claim was false.

“In terms of cure, they were not cured,” she testified.

A video of what she said during the ceremony where patients were discharged was played for her to watch. In that video, she claimed some of the patients have been cured from the HIV virus. On the video, she said hope and life was restored to the patients. Asked whether she really meant what she said, Jallow responded in the negative.

Dr. Jallow said she had to choose her words very carefully as the chairperson of the ceremony and that she felt compel to say what she said. She also said it was a mistake to say that life and hope was restored to the discharged patients.

According to her, the implications she had in mind was if she was perceived to be against the alternative treatment, losing her job would have been easy punishment. But, she said, the worst thing could have been imprisonment or she could have been made to disappear or be killed.

Madam Jallow said she was terminated from Government and she worked with several facilities, including Bafrow, Brikama and SOS.

Dr. Jallow said she treated some patients who were declared to have been cured by the president’s treatment program at the aforementioned health facilities and said some of them were even in worst states after being discharged from the PAT Program.

“So the claim that there was a cure was utterly false,” she said and admitted that the treatment program was more harmful to the patients than anything else.