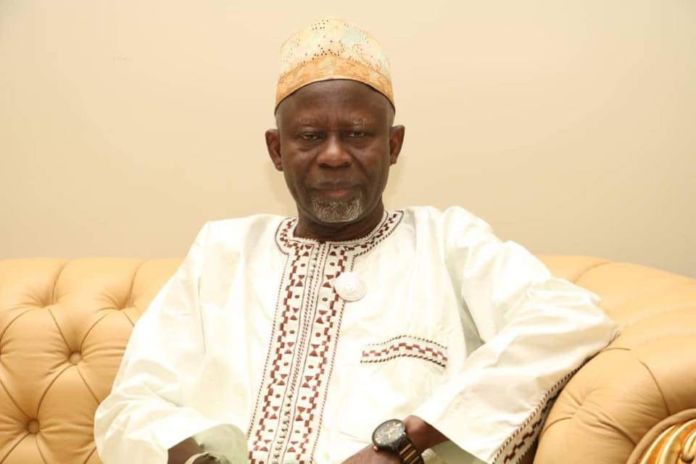 Ousainou Darboe Secretary General of the United Democratic Party has on Sunday called on members of his party to refrain at all cost from the politics of bitterness, insults and polarisation.

He said: “We must all refrain at all cost from the politics of bitterness, insults and polarisation. Let us reflect on the sacrifice of our heroes who are no longer with us but their enduring legacy of commitment to ideas above and beyond their personal needs remain in our hearts and that of a grateful nation.”

Darboe made this statement during a press conference marking the 24th anniversary of the founding of the United Democratic Party.

He further advised UDP members, supporters and friends He to respectfully engage, seek the support and dialogue with every Gambian with utmost humility and decorum. He said their task and objective is to persuade fellow citizens about the efficacy of their ideas regarding their shared goals of making Gambia better for all.

Darboe noted that even though he is confident that the UDP is not bereft of good ideas and ‘indeed of the best of ideas’, they do not claim or pretend to have a monopoly on good ideas and therefore they must all be willing to listen to ideas different from theirs with the hope of learning and building consensus.

He added: “The journey to defeating a vicious tyrant in 2016 was the culmination of a 22 year effort of prayers, hard work, blood, tears, exile, disappearances, imprisonment, torture and economic ruin of several people.”

He said people fought in all these categories as part of a necessary battle selflessly, courageously and with passion not in the quest for what they can get for themselves or their family.

He said these people were driven by love for country and the firm belief that Gambia deserved a democracy and a government that was as good as its people.

He went on to criticize those who wish to peddle the counter factual history that the victory of democracy over tyranny in 2016 was a three month transaction led by an un-known ‘lion killer’.

He added: “Our collective freedom was delivered in 2016 by those who never gave up on the promise of democracy as an instrument of change and the capacity and experience of ordinary Gambians in its utilisation for peaceful change.”

He called on Gambians to demand better from the government to uphold their primary duty to the citizens and step up by bringing in independent experts from the large pool of Gambia’s talented citizens to manage and better organize ‘our approach to this deadly disease’.

He said: “To help our experts better manage this pandemic I implore each and everyone of us to present ourselves for voluntary Covid 19 test inorder to determine our status. I have submitted myself to the test and thanks to Allah I have tested NEGATIVE. We should all do the same.”

The UDP leader said he was acknowledging the valiant efforts of the country’s frontline health workers who at great risk to their personal well-being and with very little resources available to them are exerting tremendous effort to keep everyone safe. He added that it is a matter of grave concern ‘we continue to see sharp increases in the rates of infections as well as hospitalisations and fatalities’.

He added” “I call on every citizen and residents of the country to recognize the presence , scope and serious consequences of this deadly pandemic and strictly follow the prescribed guidelines issued by our health professionals at all times.”

He said compliance with rules and regulations that interfere with normal routines of life is not an easy proposition, but the alternative scenario of flouting professional advice designed to control a highly contagious pandemic either through denial of its existence or opting to dispense with the inconvenience and difficulties associated with compliance would only make the situation worse for everyone.

He advises: “A situation that risks lives demands unprecedented sacrifices from every individual: and I am urging all of us to choose the difficult but necessary route of compliance, endurance, and inconvenience.”