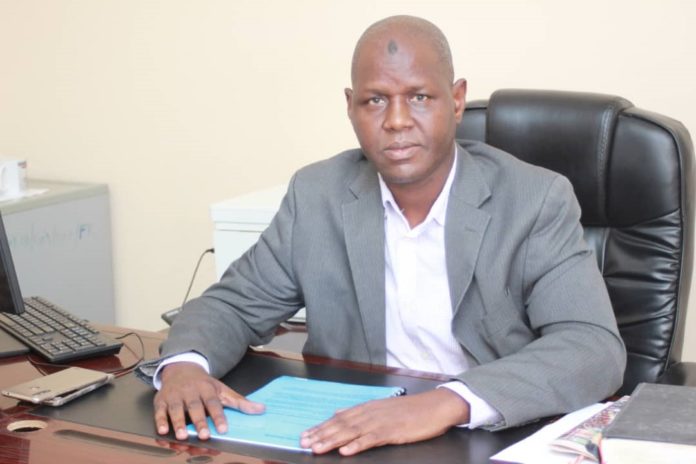 Youths face job cuts as the Coronavirus pandemic hits the world. The Government is doing little or nothing to support the young people during this crucial moment.

The National Youth Policy (2019-2028) seeks to promote youth development. It has several issues for employment creation but like the previous youth policy, it is likely to fail. It does not adequately cater for measures that would address the economic empowerment of young people. Even though it mentions youth empowerment, it does not put obligation on the Gambia Government to ensure it meets the aspirations of young people.

The policy like the previous policy discusses training programmes for skills acquisition, but wouldn’t discuss how the Government should support them. There are thousands of Gambian youths with skills but they do not have resources to showcase their talents.

The lack of factories and industries to create employment opportunities and the Government’s failure to investing massively in human development makes it a challenge for young people to notch up their objectives. The tourism industry which employs over forty thousand people has collapsed in the wake of COVID 19.

Every year the Gambia Government allocates money to the Ministry of Youth and Sports to coordinate and implement youth development programs. However, critics say what is allocated to this Ministry is like a drop in the ocean. Unemployment is high, particularly among the youth.

The Gambia has a youthful population and the Government through the National Youth Service Scheme and National Enterprise Development Initiative has over the years executed several projects for youth empowerment, but in the end these initiatives do not impact much on the lives of young people.

The country’s youth ministry through its satellite institutions is ill prepared to address the situation.

Several youths with skills want to work but the policy environment is very weak. Some of the youths have skills, but they don’t have the resources to start businesses or enterprises. Some of them want to go to tertiary institutions to build their capacity, but they do not have the means to do so.

Mr. Amadou O. Jallow said after he completed his senior secondary school education, he wanted to continue with his education but his parents were not able to pay for his tuition fees.

“I wanted to go to the college at that time The Gambia College, but I was encouraged to learn skills so that I will be able to help my parents because they were poor,” he said.

At 17 Jallow, learned how to bake bread while still going to school.

“I decided to continue with it but my main intention was not only to bake bread but to modernize it and establish a training center where youths can be trained on different bakery skills,” he said.

“I was at a local bakery for 8 years and I got the opportunity to be trained on baking at the modern German bakery for two years training,” said Jallow.

Jallow worked at Blue Kitchen for some months as an assistant and his employment was not confirmed.

“Currently, I am working from one bakery to another in order to earn a living,” he said.

Jallow said baking is a lucrative business both in the Gambia and outside, but it is difficult to set up a bakery.

“My intention is to share my knowledge with my brothers in this country and to also provide employment opportunities for them as the government cannot do it alone, but the environment is not conducive,” he said.

Jallow is writing a book, but he is faced with challenges.

“In the Gambia you have skills but you wouldn’t have any support from the Government or individuals. It is very hard to thrive in this country,” he said.

He added: “My vision was after having the qualifications as a professional baker was to train young people both male and female to become bakers so that they can contribute to national development,” he said.

Maimuna Saine, a twenty-five-year-old girl wants to set up her own salon, but couldn’t do so due to financial constraints. She now moves from one saloon to another working for people who pay her starvationwages.

“I was trained by my stepmother three years ago, when I knew that I can operate on my own Salon, I told her to help me start my own business but what she told me she does not have the means to finance my proposed business. I also realized that she was only exploiting me for her own interest,” she said.

Saine said she then moved and joined one of her friends who was operating her own shop. She left because her friend was exploiting her and was not paying her.

“I asked her to tell me how much she used to pay for the shop and I will be working on my own at the end of the month we contribute and pay the bills, but she refused to saying that she has not yet recovered her investment,” she said.

Saine said with the advent of this pandemic, she keeps moving from one salon to the other just to make ends meet.

She said that she has the skills but has no capital to start up her own business.

Dembo Kambi, the former Chairman of the National Youths Council said up to the time he ceased to be a member of the NYC board, the NYC did not have any data on the status of employment of youths in the Gambia.

The ex-chairman said the Council is partnering with partners to create opportunities for youth employment in the country.

“In 2018 we launched the youth connect program to create 10,000 employment for youth and we also started discussions for the establishment of the National Youth Development Fund that will support youth entrepreneurs in creating businesses for employment creation,” he noted.

Mr. Kambi said before he left office, one of the greatest things NYC did was to link youth to existing opportunities and create partnerships for employment creation for the young people.

“Through our partnership with YEP, GIZ and IOM, youths are trained on various areas of skills development and creating mini grants and soft loan schemes to support as starting capital in establishing business,” he said.

Kambi said the National Youth Council has also developed a Gambia Plan of Action for Youth with the objective of creating employment opportunities through skills development and empowerment programs.

Mr. Abass Bah, the General Manager of the National Enterprise Development Initiative (NEDI) said their mandate is to support the development and expansion of existing and potential Gambian youth and women entrepreneurs targeting the informal sectors of the economy.

“The ultimate goal of this initiative is to contribute to the creation of employment opportunities through entrepreneurship development for the interested youth and women of the Gambia,” he said.

Bah said NEDI established 14 agricultural service centers that are managed by youths, adding the centers have employed  directly ninety-eight (98) youth and indirectly over two hundred (200). He said this was  implemented with partnership support from their partner FASDEP, adding farming implements were acquired and distributed to the youth which  includes tractors, power-tillers, rice and coos threshers, rice and coos milling machines, water pumping machines and oil extraction machines for groundnut and sesame.

“These groups were provided with the necessary training to effectively run the groups as enterprises and they are registered as legal entities, they create youth employment, income generation, and increase food production,” he said.

He said their services are provided at affordable and reasonable rates within their communities. The funds generated are kept for expansion and growth and the project will be expanded to other regions with government and partners support.

Bah said NEDI also provided training on simple record keeping skills, post-harvest management and storage, marketing and contract negotiations of prices for 505 youth and women entrepreneurs on rice and horticulture production and marketing in collaboration with CPCU GCAV project under the Ministry of Agriculture.

The training was geared to build their skills to better negotiate for good prices and also help them to guarantee their market to counter marketing challenges during crisis and post-harvest losses.

NEDI, as per their Act shall provide entrepreneurship training for youth and women to promote employment creation for them.

“NEDI identify and select youth who are interested in business across the country and train them including those with skills who want to engage in establishing their workshops and assist them with access to funding to start a business or grow their business through our partners”, he said.

He added that NEDI also provides them with mentoring and coaching, building micro –agro food processing centres and building network of youth entrepreneurship across the country in all sectors.