Welcome to another Edition of the ‘Environment’, the Column that seeks to educate and inform the readership on issues that impacts on the environment and the livelihoods of the people who depend on it.

In this edition of the Column, we will bring you the Situation Report on disaster incidents from the National Disaster Management Agency otherwise known as SITREP 3.

Every year disaster happens around the globe including the Gambia. 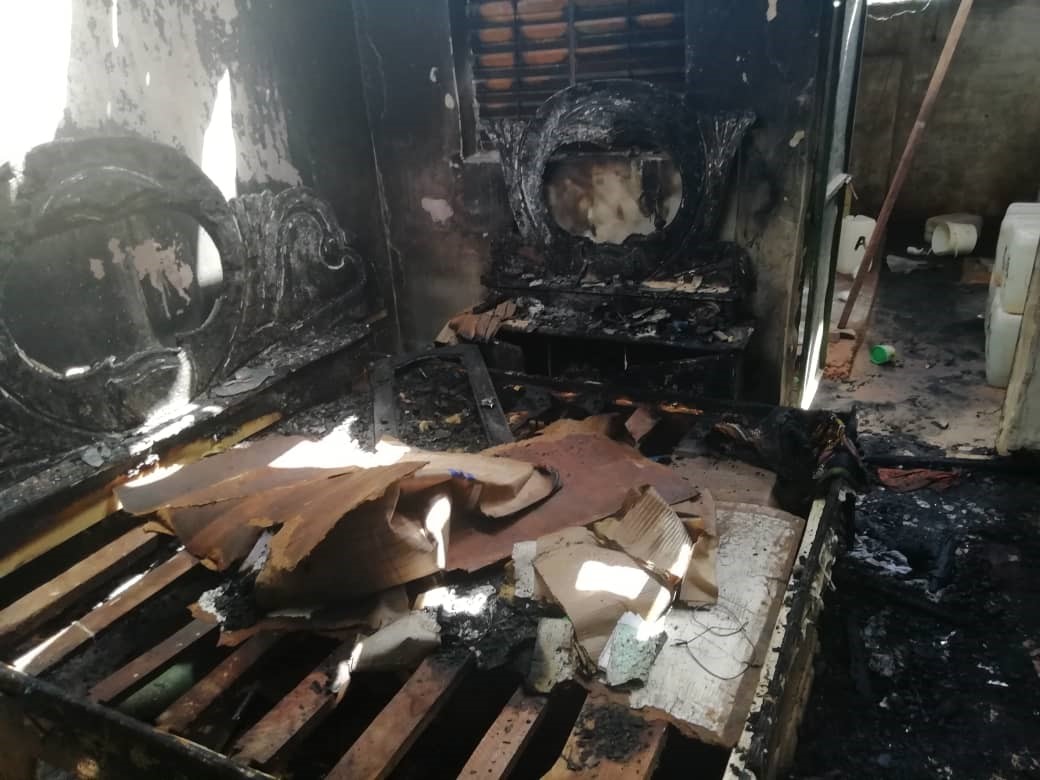 Burnt bed and other furniture

But this year’s change in rainfall across the globe has gone above normal including the Gambia, causing more devastation than last year. Disasters vary from windstorm, bush fires to floods due to heavy rainfall. 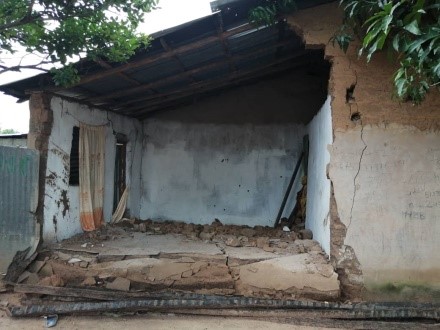 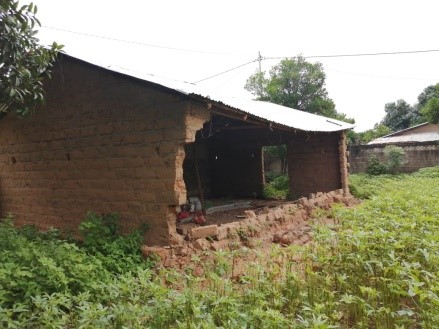 According to the 2020 Situation Report of disaster incidents in the Gambia, 51, 618 persons from 2,847 households have been affected from flash floods, windstorms and or fire outbreaks; that the affected populations have increased by 36%. The report states that the populations affected from bush fires are 137 households, domestic fires 1,334 and windstorm and flashfloods were 24,485 and 25,606 respectively.

According to the Report, disasters related to climate change affected the population more than domestic or bush fire disasters.

NDMA Director Sanna Dahaba, said early warning information and forecast from the Department of Water Resources (DWR), predicted normal to above normal rainfall across the country for the 2020 rainy season.

Dahaba said settlements within the Greater Banjul Area and parts of the West Coast Region are still inundated.

‘‘The Banjul Sea Port has been inundated with the overflowed water of the River Gambia for a couple of days, obstructing routine livelihoods. More buildings collapsed during the course of a week across the country and population affected by windstorm and flashfloods, increased significantly across the country. This unprecedented situation compelled the NDMA, Social Security, NRA and the community of Jabang Estate, to convene a meeting to resolve flooding within the Estate,’’ he said.

Response to disaster victims in LRR by the Israeli Government:

Director Dahaba said the impact of the hazards has affected the population and various vulnerable groups. He said flood affected households especially in the Western part of the country, is 22% 28% of them as infants who have been internally displaced, 8% as pregnant and lactating mothers and 3% as differently abled persons. 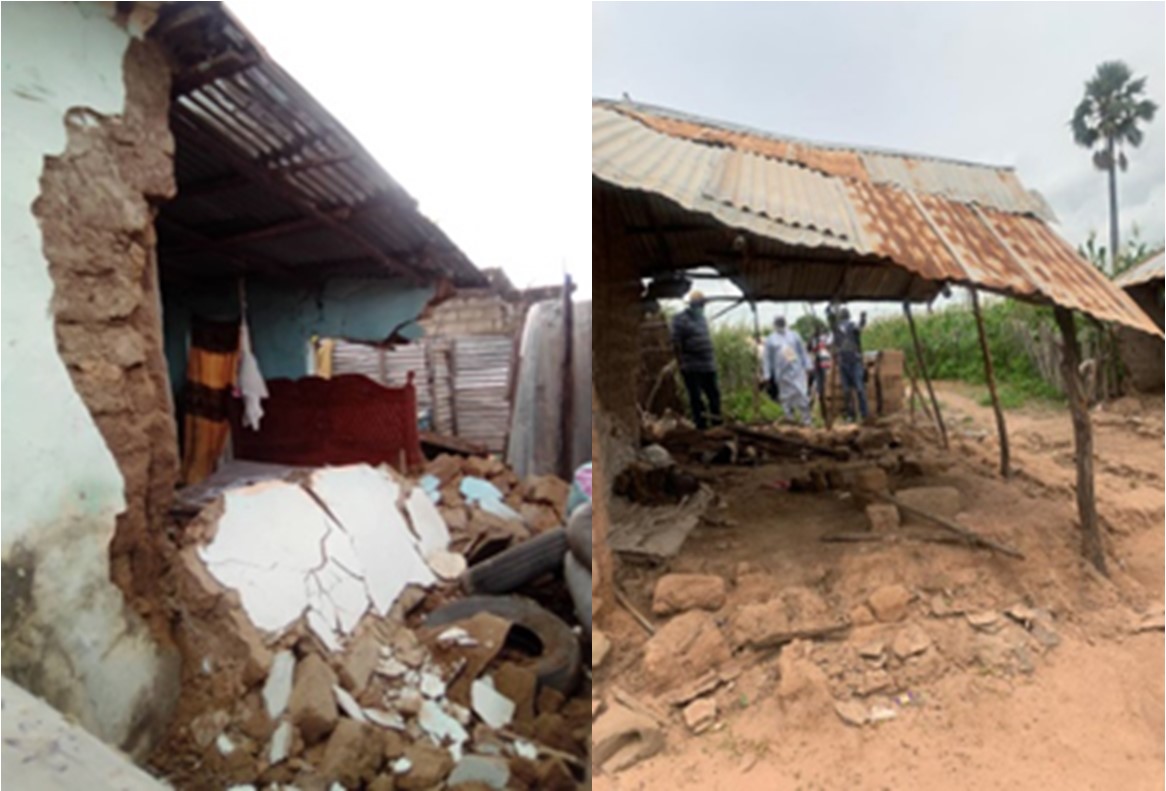 On the rapid response of NDMA to victims, Dahaba said assessments are first carried out in order to ascertain the magnitude of damage by disasters, after which coping strategies of affected households are identified and implemented. He said

his Agency held a stakeholders’ meeting with the Social Security, National Roads Authority and representatives of the community of Jabang Housing Estate, to discuss possible interventions on the causes of flooding in that community, to give one example.

Burnt bed and other furniture

‘‘The NDMA has conducted stakeholder meetings in disaster hotspot areas of the country, in order to identify, mitigate and implement coping strategies before a definitive solution is put in place to solve the disaster,’’ he said.

According to Dahaba, the cause of many disasters is man-made because people have settled on water ways, swamps and wetlands, particularly in urban areas; that the other problem of flooding in urban areas is planning because buildings are not properly built and people hardly have development plans from the Physical Planning Department; that all this contribute to flooding in urban settlements.

On agriculture the NDMA Chief stated that farmlands have been washed away by the heavy downpours particularly in the NBR and parts of CRR; that farmers from 222 households in the above mentioned Regions reported losses of their seeds due to fire outbreaks, floods and windstorm; that 15 of the households lost their seeds due to fire outbreaks and 100 households, due to flood; that this illustrates the number of persons affected per Region as at 22nd September 2020. Dahaba said URR and WCR are the most affected Regions; that the rest of the Regions cumulatively have an affected population of 21,664 with 112 households affected by windstorm.

Director Dahaba said the Regional Disaster Coordination Office in LRR has collaborated with the Mansa Konko Area Council in mobilizing food items to disaster victims in the Region, with support from the Government of Israel through its Embassy in Dakar.

‘‘Senegal responded to a total of 105 households by providing them with 25 kg bags of rice, 25 kg bags of sugar and 10 litres of cooking oil. Equally, Action Aid International the Gambia (AAITG) in partnership with the CRR Regional Disaster Coordination Office started unconditional cash transfers to a total of 1,157 households within its project intervention sites in Niamina Distract. Each household received an amount of D1,800. Another unconditional cash transfer was conducted by the Catholic Relief Service (CRS) and Gambia Red Cross Society in NBR, CRR and URR,’’ Dahaba said.

In conclusion, NDMA Director Sanna Dahaba said an emergency procurement committee meeting for the procurement of food and non-food items from the GMD10, 000,000.00 tentatively approved by Government of the Gambia, has been concluded by his Agency; that they will target more than 1,000 households across the country, with this support.