Chased by Inter Milan & Tottenham but ‘Married’ to Injuries –Story of A Gambian Footballer’s 10-year Battle with Wounds….and Still Never Gives Up

Epitome of class being permanent and style being temporary, he emerged at a time the nation longed for a striker –one that is a saviour of situations and not the blizzard of occasional goal-getters that existed then.

With a physique diminutively built forwards can but only envy of, his presence in the oppositions box send chills down spines of defenders, leaving a trail of devastation in his wake.

From glancing headers, improbable distance shots to overheard drives that, more often than not, leave spectators gobsmacked, he has scored it all.

A last of a generation of Real de Banjul players before the capital outfit turned a feverish selling club, this hit-man has been expected to blossom beyond the heights of Ousman Jallow and Momodou Ceesay or the compeers of Jatto Ceesay and Ebou Sillah shoving into the twilight of their careers at the time.

He glided into the Gambia U-17s under the wings of Tarik-el Siagy where true success looked tailored for him. It is also at this level he endeared himself to hard-to-impress fans, helping break Gambia’s four-year run without clutching the African Youth Championship after the last one in 2005. Step forward Ebrima Bojang!

Dubbed ‘Bullet’ in reference to his smacking goals in what later became his trademark, Bojang, then a budding teenager star, spurred the Darling Scorpions to the  trophy beating hosts Algeria in Al Blida in 2009. Ebrima netted five times in that tournament becoming joint top scorer with teammate turned audacious fisherman Alasana Camara. That tournament was the platform that piloted him to the corridors of Stade Geoffry-Guichard at St Etienne, a French Ligue 1 club that turned his home for six seasons.

Prior to that, he‘d had a look at the facilities of the San Siro Stadium at Inter Milan and the White Hart Lane that then housed Tottenham Hotspur during auditions at the European clubs.

There is a tale of the aforesaid outfits inexplicably passing on the opportunity to sign upon review of the youngster’s performances though how true remains to be seen to this day.

In Comes St Etienne and a Whooping Four-year Deal

Details of how St Etienne gazumped the youngster tying him down to a long contract is sketchy but what’s to the public knowledge is that the final negotiations occurred at the Atlantic Hotel following hours of rummaging through the proposed contract in the presence of a legal luminary and a certain Abdoulie Touray believed to be facilitator of the transfer in the summer of 2009. 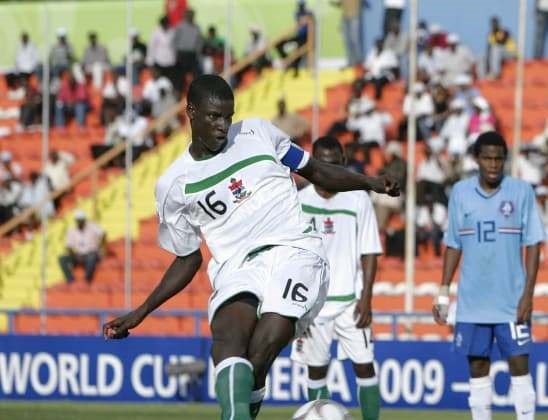 In the run up to this trajectory, plans were devised to ensure his immediate transfer to ASC Yeggoo, a relegated Senegal Premier League side and a feeder club to St Etienne. Nine years ago on this day, it happened when the forward turned 18 years, setting E. Bojang on the path to a successful football journey, at least it was anticipated. The irony in his tale is, it was at Yeggoo his uncelebrated marriage to niggling injuries began twelve months following Gambia’s Baby Scorpions’ abysmal failure in the 2009 U-17 World Cup in Nigeria where they were torn to tatters by Iran, Colombia and the Netherlands.

From an African Youth Champion to a Marriage with Injuries

Quickly there was progress registered, rising through the ranks of St Etienne’s B-team –the barricade between him and first-team football. Like many a ravenous wunderkind ardent on a breakthrough to the A-team and French Ligue 1 football, he stretched himself beyond limits but torrid times crept in blighting his career to this day. Slowly, he became glued to injuries culminating into a severe decline in form, drifting, in the process, from a regular for the reserves’ team to a perpetual fixture on the treatment table.

Ligament damage, cartilage issues, tarsal to an avalanche of other qualms constituted to Bojang’s struggles.

Apparently fed up of the striker’s pattern of one week in training and another three spent with doctors, coaches at the French outfit dug their heels over offering the Scorpion renewed terms upon expiry of his lengthy initial four-year contract.

And in December 2015, he left the team followed by a one-year retirement before resurfacing in Azzurri LS, a fourth tier club in Switzerland exiting at conclusion of the 2017 season. 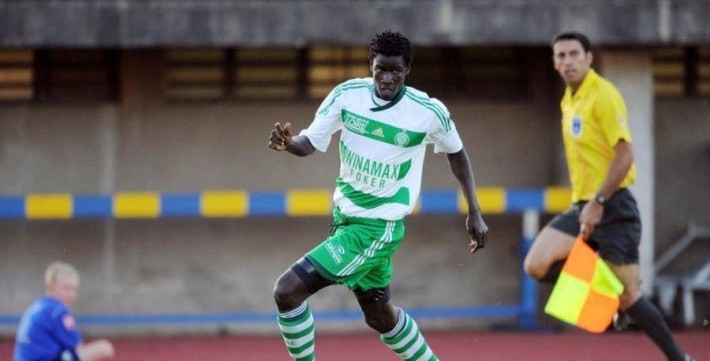 Effectively, Ebrima Bojang has had his more than fair share of battles with injuries of all kinds numbering ten years. Even with such a never seems-to-be-ending frustration, he refuses to give up his dream of playing top flight football.

At 27 the burning desire in him is not close to being extinguished leading him to trial with Andrezieux, a fourth division French team whom he scored for in their friendly against his erstwhile employers St Etienne last month. The tie ended with Bojang limping somewhat amid reports he could be out for rest of this year.