Cattle owners in the Upper River Region (URR) North have deplored the rampant theft in their regions and lament the comportment of thieves in their societies. According to residents in Wuli and other communities, the region has witnessed strong gangs of thieves with their agents in URR North and across the border in Senegal, whereby stolen cattle from the Gambia is taken and sold. Cattle owners lamented further that after reporting such theft cases to the Police, nothing comes out of it; that they continue to live in fear because of insecurity to their lives and their properties. 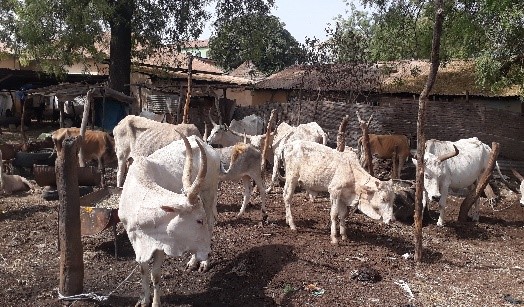 This reporter visited that area and was met on arrival by many concerned cattle owners from the villages of Sare Bohum, Birifu, Foday Kunda and other villages in the Wuli and Sandu Districts including the District Chief of Wuli East who deplored the activities of thieves in the area. Many who spoke to this reporter indicate that they are compelled to pay ransoms if they want to recover their stolen animals and other properties. Some of the people who said they were seriously affected by these cattle thieves were Tunko Signateh from Foday Kunda, Saiba Nasso of Birifu and Ebrima Jallo and Silleh Jallow of Sare Bohum.
According to Tunko Signateh who said he paid D3,000 as ransom, said he paid the amount to one Amadu for his three animals that were stolen.

‘‘My three bulls were stolen and while I was searching for them, I met Amadu Gagigo who told me to pay D1,000 for each bull which I did because I was eager to recover my cattle. After paying the money, he (Amadu) directed me to certain directions in the forest in Senegal where I found my three bulls tied to tree trunks,’’ Signateh told this reporter.

This reporter spoke to the said Amadou referred to by Tunko but he denied all acusations of stealing and cattle theft against him. According to Amadou, he is engaged in his own business as a butcher and has the documents to prove this.

QUESTION OF THE DAY It is important to emphasise that the provision of an Elections Act must not contradict the provisions of the Constitution.   Section 4....
Read more

By Nelson Manneh & Mustapha Jallow Passengers have over the weekend called on the government to engage the Gambia Transport Union and other players in...
Read more

QUESTION OF THE DAY Institutional memory is required to give an appropriate answer to this question. Readers who have been monitoring the registration of voters over...
Read more
FOROYAA Newspaper is your premier Gambian community portal delivering news on politics, legal affairs and more. We provide you with the latest breaking news and videos straight from The Gambia and the rest of the world.