Cashew has become one of the perennial cash crops that has yielded immense revenue to cashew growers over the years because of its high valued nuts. However, it seems this is about to change if this year’s cashew nut trade season is anything to go by. Cashew growers have complained that the price attached to cashew nuts in the 2019 cashew trade season, does not favour them. 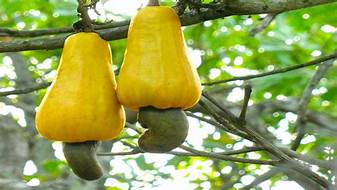 Most farmers who ventured in the cultivation of this cash crop, said they have already used 75% of their farmlands to plant cashew, and spent three years of intensive hard labour, to nurture them. The cashew growers lament that the monetary value of their crop has gone down this year due to the low price attached to it by middle men. Some farmers allege that they have seen vehicles transporting cashew-nuts from neighbouring Senegal which they claim, is a contributing factor to the low price of their crops. Farmers who spoke to this reporter, raised concern for Government to intervene and save the value of this important cash crop.

One Sankung Camara, a cashew grower, dilated on the tedious work of cashew farming, before reaping its benefits. Camara explained that after planting the young cashew plants, they work to protect them from bush fires and other ruminants until the time they start producing the fruit; that they use every means to protect their cashew plants from destruction, and this takes over three years.

Mariam Mendy, another cashew grower said before, a fifty kilogramme bag of cashew nut used to fetch Four Thousand Dalasi (D4, 000) or more; but that they are at the mercy of middlepersons who pegged this year’s price of their nuts at Two Thousand Dalasis (D2,000) or even less; that as a widow, all that brings her income to survive with her family is her cashew farm and cashew-nut selling; that after every cashew trade season, she uses her income to buy rice and other foodstuff for use for the whole year. Mariam urges Government to come to their aid as that cashew farming has never been easy.

Alpha Omar Jallow a middleman who buys cashew nuts in Foni, said it is not their fault as middlemen for the low price of the crop this year; that they buy the cashew nuts directly from the farmers; that when the demand was high and there was competition, the value of cashew was very good; but that it is not like that this year. He said profit in the cashew business now is very minimal, and urges Government to intervene and assist farmers. Jallow attributes the booming timber trade as the cause for the low price of cashew nuts.

“Many businesspersons who were in the cashew business in previous years, are now engaged in the timber business. If Government allows foreign vehicles to bring in cashew-nuts, it will lower prices,” Jallow said.

This reporter tried to speak to some of the officers at the border to no avail, because they declined to speak to the press, concerning the issue.

Foroyaa will therefore engage the Ministry of Trade and other stakeholders to hear from them.

Heavy Down Pour Marks the start of Farming Season in URR