Bronze Medalist Gambian Volleyball Starlet Jawo: ‘It Was Better Record for Us’

By Yankuba Jallow The Minister of Defence has moved a motion before the National Assembly seeking confirmation of ex-mayor of...
Read more

By Louise Jobe Herry Jakobsen, a Swedish national has sued one Fatou Colley, a Gambian claiming for one hundred and...
Read more

Qatar-based Gambian sensation Sainey Jawo has no tinge of regret after missing out on the Qatar Senior Volleyball League main prize.

The 19-year-old and his Al Sadd Sports Club were out targeting the staked prize but ended up settling for the third best slot in the men’s senior challenge volleyball championship.

He and compatriot Mbye Babou Jarra proved crucial in the final.

‘The intention was to grab the gold medals in the first series of Qatar Senior Beach Volleyball League but due to our mistakes and Allah’s wish we ended up being the bronze medalists but it was a better record for us though, all what we need to do is to learn from our mistakes,’ the Doha-based star said. 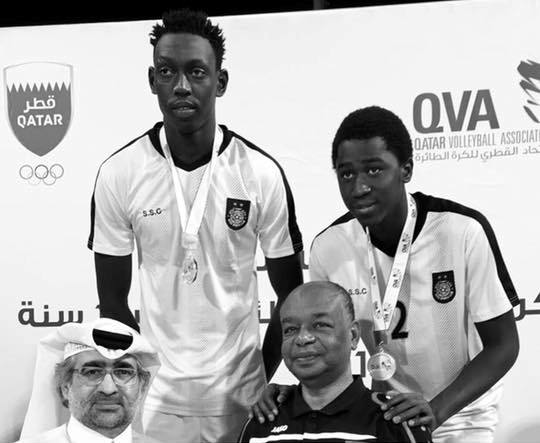 Jawo last year won the Qatar Beach Volleyball U-19 series while he was in his current team’s youth outfit.

Born in Niumi in Njongon village and a product of Serrekunda East Volleyball team, Sainey won the Senegalese championship five years ago prior to sealing a move to Qatar via a trial.

By Yankuba Jallow The Minister of Defence has moved a motion before the National Assembly seeking confirmation of ex-mayor of KMC Lie Conteh into the...
Read more
Legal Affairs

By Louise Jobe Herry Jakobsen, a Swedish national has sued one Fatou Colley, a Gambian claiming for one hundred and sixty thousand dalasis (D160,000). The plaintiff,...
Read more
Legal Affairs

By Louise Jobe A trial magistrate in Brikama has transferred the arson case involving one Baba Darboe to the High Court for lack of jurisdiction. Darboe...
Read more
Legal Affairs

By Sulayman Bah The victorious Gambia U20s yesterday afternoon touched down at home having conquered Senegal. A crowd of spectators waited for the Scorpions and waved...
Read more

By Sulayman Bah Hellas Verona is due to unveil Ebrima Colley as their player two months after he was acquired. Colley was initially linked to Parma...
Read more
FOROYAA Newspaper is your premier Gambian community portal delivering news on politics, legal affairs and more. We provide you with the latest breaking news and videos straight from The Gambia and the rest of the world.