Vendors at the Brikama Fish Market have called on Gambia Government to provide them with a water tank.

Brikama market is one of Gambia’s market and it is located in the biggest town in West Coast Region. The market inundated with filthy stagnant water with unpleasant scent.

Alieu Jabang, a member of the Management Committee of the fish market said they used to have blower that blows away the water till it dries up whenever the suck-away was full. He said the amount of water began increasing on daily basis and the system was no more sufficient.

He told Foroyaa that last week Saturday they embarked on a cleansing exercise.

“The water is affecting us when it comes to our health conditions and the Brikama Fish Market doesn’t have its own safety tank” he said. 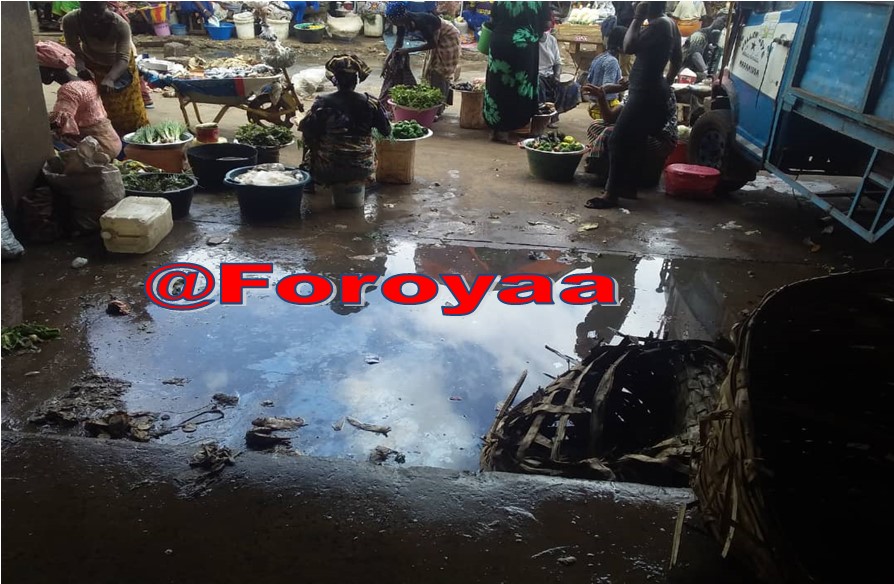 He detailed that the Brikama Area Council was providing them with safety tank but when the demand was high, the Council began collecting five dalasis from each of the vendors.

He decried that they have discussed the problem with the area council and wrote to the Gambia Government, but the two authorities haven’t taken any steps towards addressing the problem. He called on the Government to take this problem seriously by providing them with safety tanks.

Foday Manjang, the President of the Brikama Fish Market said the issue is really affecting them adding for ten years they have been suffering. He said they have been given several promises that have not been fulfilled by the Gambia Government.

Mam Fatty, a vendor at the market said the water has been affecting them for many years. She said at times they don’t have customers because most of them say the place is not hygienic.

She said they spend their whole day at the market adding their health is at stake as a result of the bad odour that comes from the suck-away which is full to the brim.