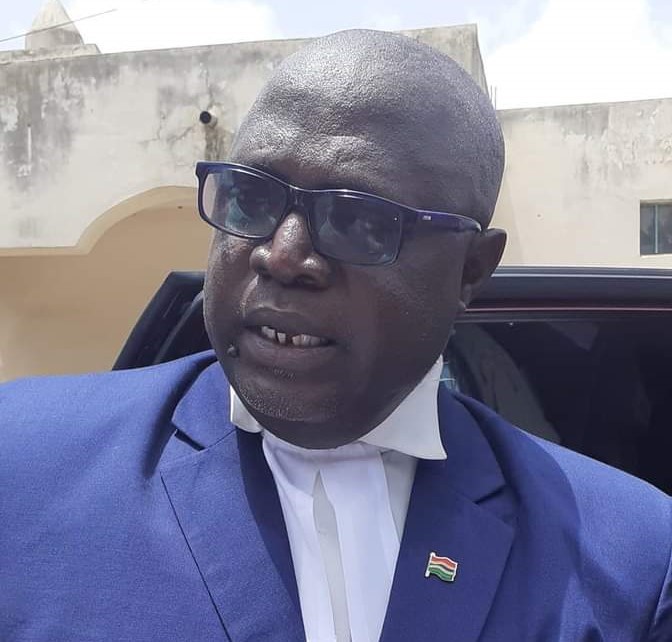 Defense Counsel for Bubacar Keita alias Bob Keita has sent a letter to the Attorney General’s Chambers in response to their August 9th letter, requesting their presence at the DNA sample collection for Baby M and others.

Lawyer Kaddijatou Jallow, a Junior Counsel to Lawyer Lamin S. Camara in her reply acknowledged receipt of the letter, but declined the request.

“We regret to inform you that we cannot and will not be present in the collection of biological samples,” she said.

She further stated that the accused person (Bob Keita) has appealed against the High Court orders for the DNA Sample Collection and has filed a stay of execution before the Gambia Court of Appeal on 3rd August, 2022. She said a certificate of urgency was attached to the process and a copy of same was served onto the Attorney General’s  Chambers.

“We must state in no uncertain terms that pending the hearing and determination in the Court of Appeal, we will not undermine our own process. Our position on the need for transparency is not only confined to the process of the extraction of the biological samples but includes inter alia, the supervision and coordination of handling, transportation and storage of the samples by the prosecuting authority,” she said; that in light of the foregoing, they will be unable to attend the sample taking process scheduled to take place on 12 August 2022, pending the hearing and determination of their application for stay at the Court of Appeal.

When contacted for comments, State Counsel Alasan Jobe, said the prosecution will be implementing the ruling of the High Court presided over by Justice Momodou S.M. Jallow, for the collection of the biological samples. He said the State is disregarding the first samples collected earlier from Baby M and others, adding that they are going to collect new samples for transparency purposes while blood samples will be collected from the heart of the deceased child.

Bob Keita, the proprietor of Fire Protect Gambia Company Limited is standing trial on a single count charge of Rape, contrary to the laws of The Gambia. He denied any wrong doing and was remanded at States Central Prison, Mile 2. The slow pace of his trial angered some youth making them come out in large numbers to show solidarity to the young man and to urged the Court to do justice in the case.

The case is expected to resume next term (in October) 2022.