By Mustapha Jallow & Hatab Nyang The United Democratic Party (UDP) has issued a statement over the weekend to clarify...
Read more

By Mustapha Jallow The Gambia Police Force on Saturday announced the interception of a yellow pickup truck belonging to the...
Read more

By Lamin Fatty reporting from Basse

The Basse Market in the Upper River Region has caught fire in the evening of Monday, 24th February 2020. 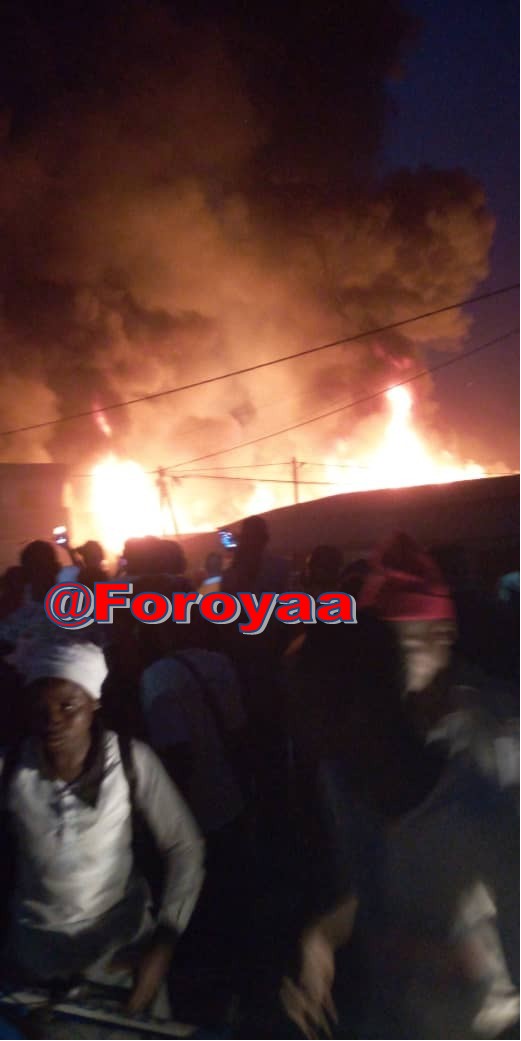 At the time of going to press, the authorities on the ground couldn’t ascertain the cause of the fire as they were all busy putting off the fire. Foroyaa tried to speak to those whose shops were burnt but they couldn’t speak to the press because they were in a confused state.

Basse is the major town in the Upper River Region (URR) where the Governor’s Office and the Area Council are located. The market is one of the major markets in the area and the busiest in the URR.

Our reporter was at the scene and we will give you a detailed report in our subsequent publication.

By Mustapha Jallow The Gambia Police Force on Saturday announced the interception of a yellow pickup truck belonging to the United Democratic Party (UDP) for...
Read more

QUESTION OF THE DAY Bodies are being flown home from Europe and the USA at a more frequent level than ever before. In the past...
Read more

According to Kemeseng, he has received an apology that the programme showed his picture but did not give his correct name. He is of...
Read more
FOROYAA Newspaper is your premier Gambian community portal delivering news on politics, legal affairs and more. We provide you with the latest breaking news and videos straight from The Gambia and the rest of the world.