Banned for Kicking an Opponent in the Face, Gambia’s Ceesay Offers Apology

Gambia’s Assan Ceesay has offered an apology to Carl Dickson an opponent he inadvertently kicked in the face.

The striker had made to go after a loose ball with a kung-fu left-footed blast which an on-rushing opposing player Dickson had made to clear away with his head leading to boot of the Gambian hitting his face.

Dickson, consequently, had to be stretchered off, with his head strapped and was eventually rushed to the hospital as he grimaced in agony.

The arbiter who wasn’t far from the incident gave it no second thoughts, but hurled the red card at the 25-year-old. 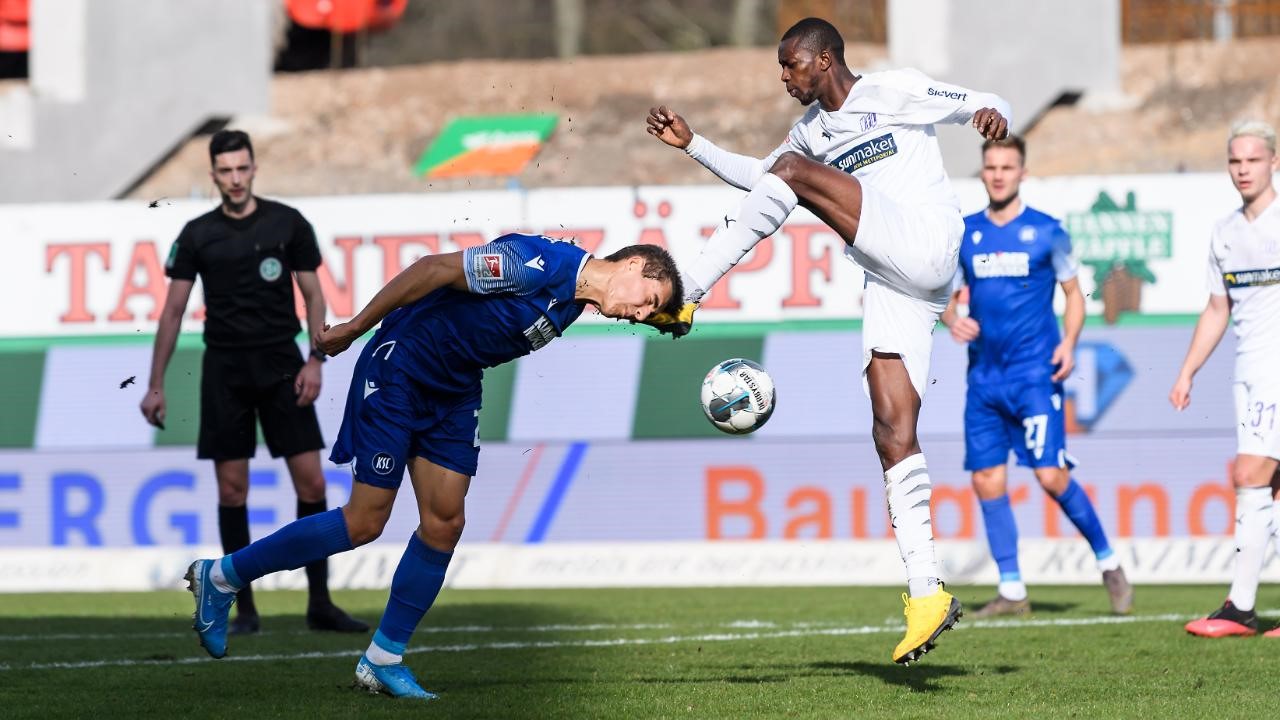 The Scorpion later offered his apologies to Dickson who was in hospital wishing him quick recuperation.

Ceesay is to serve a 3-game ban for his mistake –a matter his club Osnabruck are considering having rescinded by lodging in an appeal on the basis the kick was unintended.