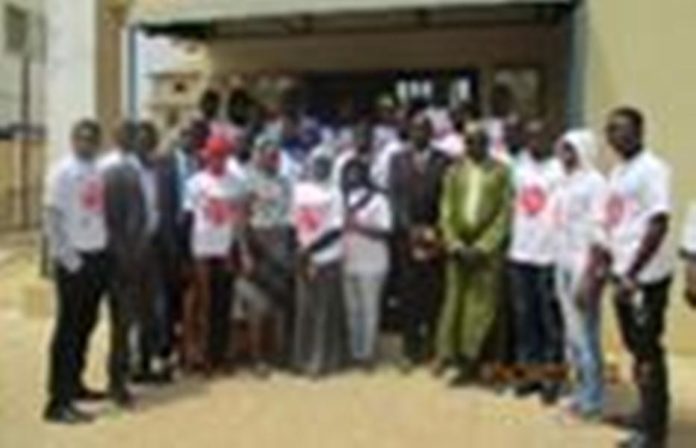 The meeting which took place at NAQAA conference hall in Kanifing, drew participants from Banjul and Kanifing Youth groups.

Mr. Samboujang Conteh the Executive Director of RAID Gambia, said tobacco Companies continue to target young people to sell their products; that this is why his organisation also targets youth groups to sensitize them on their activities.

Conteh indicated that the reason behind the sensitization campaign was to familiarize participants on the Tobacco Control Act, 2016; that they would be targeting 50 youth from different groups in each region and expose them to the information so that they can also transmit the information to their colleagues who were not in attendance.

Conteh explained that the purpose of the Tobacco Control Act 2016, is to control the demand and supply of tobacco and tobacco related products in the country.

‘‘As you are aware, the Ministry of Health and Social Welfare, is the driving seat in this crusade because it falls under their purview,’’ he told participants. He continued: ‘‘The law is about to be implemented but one of the conditions attached, is to vigorously sensitize people countrywide, before it can be implemented.’’

According to the Act, smoking in public places, workplaces and public transport, is an offense and the penalty attached is a fine between 1000-2500 dalasi, or imprisonment for up to three months or both. Conteh said Gambia is part of the International Communities that endorsed the World Health Organisation’s Convention on Tobacco Control.

Mr. Modou Njai, the Director of Health Promotion and Education, urged the youth to inform the public on this Act, through social media and other platforms. He commended them for their proactive roles in national development. Mr. Njai said their stand on tobacco control as a Ministry, is to protect the nation. Ms. Mberry Sonko of the Nation Youth Council (NYC), said in the interest of decentralization, RAID Gambia gave them the opportunity to bring participants from different youth groups in Banjul and the KMC.