By Yankuba Jallow Lamin Mboge, the Chief Executive Officer of Gam Housing Real Estate Company has been arrested by the...
Read more

Lamin Jallow has acted quickly to offer his apologies for his furious reaction saying his gesture was aimed at just one fan.

The Gambia international came off the bench for Salernitana during an Italian second division game to equalise 1-1 after Crotone had initially led.

A cross was swung into the box and amid a scramble, Jallow sneaked in to finish it with a simple tap.

The 24-year-old then ran towards the fans section in the aftermath of the proceedings, furiously making a hand gesture and at one point placing his finger on his lips while looking in the direction of his own fans at the Stadio Arechi.

His club officials could then be seen pulling him away while his teammates looked on in awe.

Social media went in frenzy over the Scorpion’s behaviour with condemnations raining from all angles.

And aware of the buzz he has generated, the attacker who is on five goals in eleven games, has offered his apologies.

‘One person was insulting my family and he was following me in all the games. I was nervous, but I think this one person is not a fan of Salerno (Salernitana) because fans of Salerno love football and they love all the players. 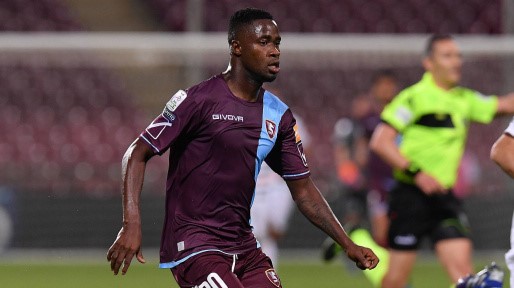 ‘So I felt offended that is why after the game I did that stupid gesture but it was not for the fans because the fans love me.

‘During the game, the referee was asking me if he could stop the game, I told him no lets continue playing because I believe that we will win this game. So he told me “ok if you feel offended tell me.”

‘I think this one person want to spoil everything but is football. I say sorry once again, sorry for my bad gesture yesterday. This will not happen again. I want to give hundred percent for this shot,’ he said in Italian translated to English.

Jallow and his team get into action again this Thursday versus second-placed Pordeone.

By Sulayman Bah The victorious Gambia U20s yesterday afternoon touched down at home having conquered Senegal. A crowd of spectators waited for the Scorpions and waved...
Read more
FOROYAA Newspaper is your premier Gambian community portal delivering news on politics, legal affairs and more. We provide you with the latest breaking news and videos straight from The Gambia and the rest of the world.