A Visit To Gambia’s Only National Botanical Garden

welcome to another edition of the Environment Column. It is the column looks at issues pertaining to the country’s forests, water bodies and the sea, including everything that is associated with or relates to the environment. In this edition of the Column, we will look into the country’s only Botanical Garden, visited by this reporter. The Garden which was established by the British in 1894 and situated at cape point in Fajara, has over three hundred plant species. Kan Saikou Ceesay, Principal Horticulture Officer at the Garden who took this reporter on a conducted tour of the premises, said the Garden was created to conserve the country’s Flora and Fauna. 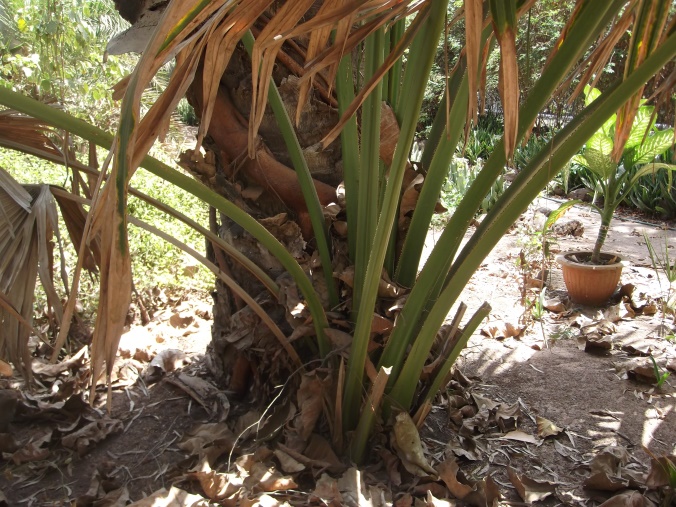 According to Ceesay, there are about 370 species of different plants that originated from Africa and Europe; that the Garden is more of collection and preservation center for endangered species; adding  it also serves as a place where students and researchers can come to learn.

Ceesay said the garden is used for educational research purposes by University students and other pupils come to learn about some of the plants they have been taught at School; adding the area measures 1.75 hectares and includes both the botanical garden and the medicinal plant section. “The medicinal plants section has a collection of plants which were taken from the provinces as endangered species,” he disclosed; that they collect plants to find out whether the leaves or parts of the plants can be used for medicine.

Dilating on the importance of the garden, Ceesay said eco-tourists also visit the area; that most of these tourists are easily attracted to the environment of the Garden.

He said the garden is taken care of by the Department of Agriculture and horticulture technical service supervisors who are responsible of taking care of the botanical garden; that the exotic palm which is an imported specie from other countries, is called century palm.  He said its life cycle takes almost a hundred years; that others call it ‘Kunkusito’, whilst others called it ‘Sujibaba’; that they are also found in the coastal areas of Tanji and Gunjur because of their medicinal properties. Ceesay said they have another endangered species which is the Shea butter tree which are well taken care of.

Speaking on their challenges, Ceesay said the garden is not fenced and this makes the area prone to stray animals. He expressed that they face enormous difficulties in accessing water, due to low pressure. Ceesay said efforts are being made to work with the Tourism board to attract more Tourists to the Garden.

Ceesay said with the endangered species they have, they adapt the species to the natural conditions of the country’s environment; that some will respond whilst others will not.

Biological research has it that Botanical gardens are institutions that maintain plant collections of different endangered varieties of plants, including ornamental and cultivated ones, and wild and medicinal plants. They are of value not only to botanists, horticulturists and foresters, but to the millions of tourists who visit them yearly.

Most Botanical gardens possess plant species from all corners of the globe. Some have greenhouses libraries, herbariums, research laboratories, and other attractions such as photographs, paintings, illustrations, reprints, note-books and specimens of other plants.

Heavy Down Pour Marks the start of Farming Season in URR