Ministry of Health Warns Returnees to Go for Quarantine, or face Consequences

The Ministry of Health has in a dispatch issued Tuesday advised Gambian students who came from Saudi Arabia and arrived...
Read more

A fourteen-team tournament featuring lower basic schools drawn from Niumi has teed off with ActionAid International The Gambia its backer.

Aimed at promoting children’s rights including fight against poverty, injustice and inequality, the tourney seeks to get children’s participation in sports.

A lone goal was enough to inflict damage separating the two sides.

The championship is ActionAid’s response to promoting children’s right and speaking up against child exploitation through football, according to Programme Manager Local rights Area nine Bakary Fadera. 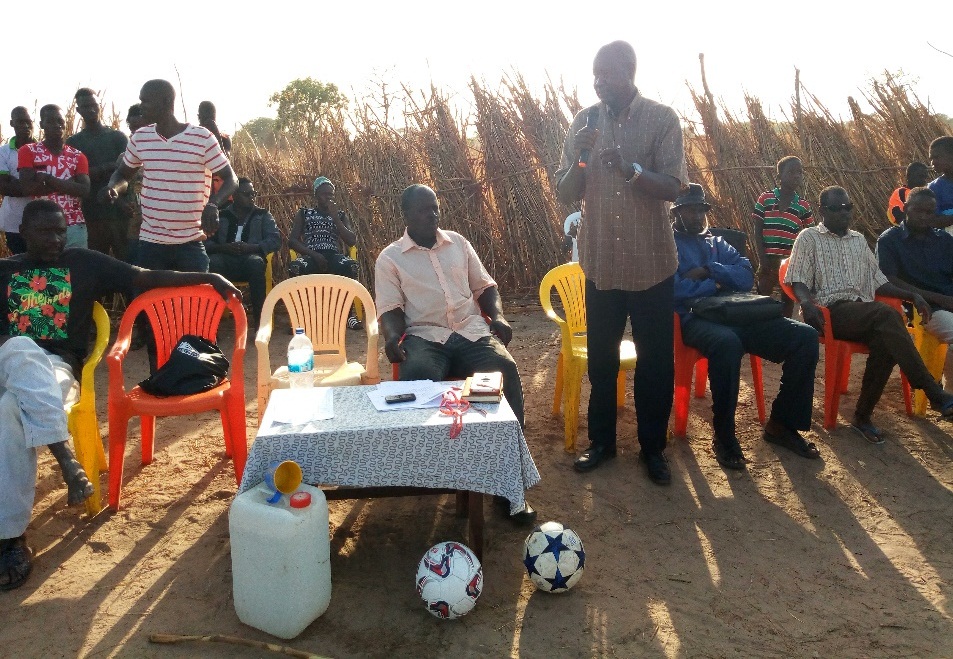 He said it is the desire of ActionAid to ensure that children in Upper Nuimi as well as teachers take chance of this football competition to interact among themselves and share knowledge and best practice. He called on the participating schools to demonstrate the highest sense of discipline and friendship throughout the entire tournament.

Participating schools in this competition are expected to be rewarded with footballs, rounders and T-shirts during the competition.

Encouraging teachers to use the opportunity to nurture these young talents for the good of the country, the final is scheduled for 28th April 2019.

Ministry of Health Warns Returnees to Go for Quarantine, or face Consequences

The Ministry of Health has in a dispatch issued Tuesday advised Gambian students who came from Saudi Arabia and arrived in the country via Senegal...
Read more
Burning Issues

People Urged To Report Alleged Violations by the Anti-Crime Unit

By Yankuba Jallow Police spokesperson, Superintendent Lamin Njie has called on the people making allegation of transgression by the police during their operation to enforce...
Read more
Legal Affairs

By: Kebba A.F. Touray Business persons in Upper River Region (URR) have called on Government to assist them in their businesses and bail them out...
Read more

By Nelson Manneh The Gambia College has suspended all pending examinations for all Schools within the College with immediate effect, except for final year students...
Read more

The Gambia For All party has issued a statement to opined on the current predicament of the country. As the global pandemic hits the...
Read more
FOROYAA Newspaper is your premier Gambian community portal delivering news on politics, legal affairs and more. We provide you with the latest breaking news and videos straight from The Gambia and the rest of the world.