The resumption of operations of ‘Nessim’ Fishmeal Factory (NFF) on Monday 06th April 2020 prompted some youth of Sanyang to protest at the premises of the Factory for them to stop work. 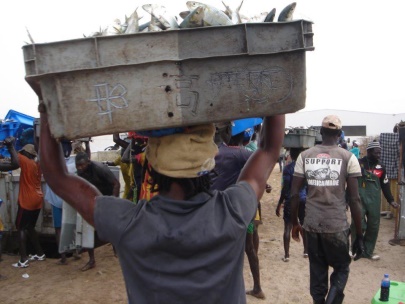 Health matters and issues raised by many who were interviewed by these reporters, put more emphasis on effective social distancing and avoiding close contacts according to WHO Health guidelines.

Solomon Senghore, the proprietor of ‘Bees Mouth’ Eco lodge in Sanyang, said the factory was operating even before they received the letter from the Fisheries Ministry; that with the emergence of the global pandemic, their lives should be more important to them and the only way they can take care of this is to observe the guidelines as provided by Government and the WHO. He urged Government to review the letter authorizing the Factory’s resumption of operations and consider the lives of the citizenry.

Kabba Bojang, proprietor of Jungle Beach Bar and Restaurant in Sanyang also expressed disappointment with the manner authorities at the Ministry of Fisheries handled the issue. He said Government cannot ask Gambians to stay at home and implement the social distancing and hand washing guidelines recommended by the WHO and allow a busy factory to start operations without any health safety measure.

‘‘What is the Ministry of Fisheries trying to tell Gambians? That they did not value the lives of the Gambian people?’’ he asked.

QUESTION OF THE DAY It is important to emphasise that the provision of an Elections Act must not contradict the provisions of the Constitution.   Section 4....
Read more

By Nelson Manneh & Mustapha Jallow Passengers have over the weekend called on the government to engage the Gambia Transport Union and other players in...
Read more

QUESTION OF THE DAY Institutional memory is required to give an appropriate answer to this question. Readers who have been monitoring the registration of voters over...
Read more
FOROYAA Newspaper is your premier Gambian community portal delivering news on politics, legal affairs and more. We provide you with the latest breaking news and videos straight from The Gambia and the rest of the world.