Halifa Sallah, the National Assembly member for Serrekunda Wednesday addressed over a thousand angry protesters at the Serrekunda Market.

Sallah also negotiated with the police for the release of 8 arrestees who were arrested as a result of the protest.

Sallah told the protesters not to take the law in their hands and asked them to stop throwing stones. 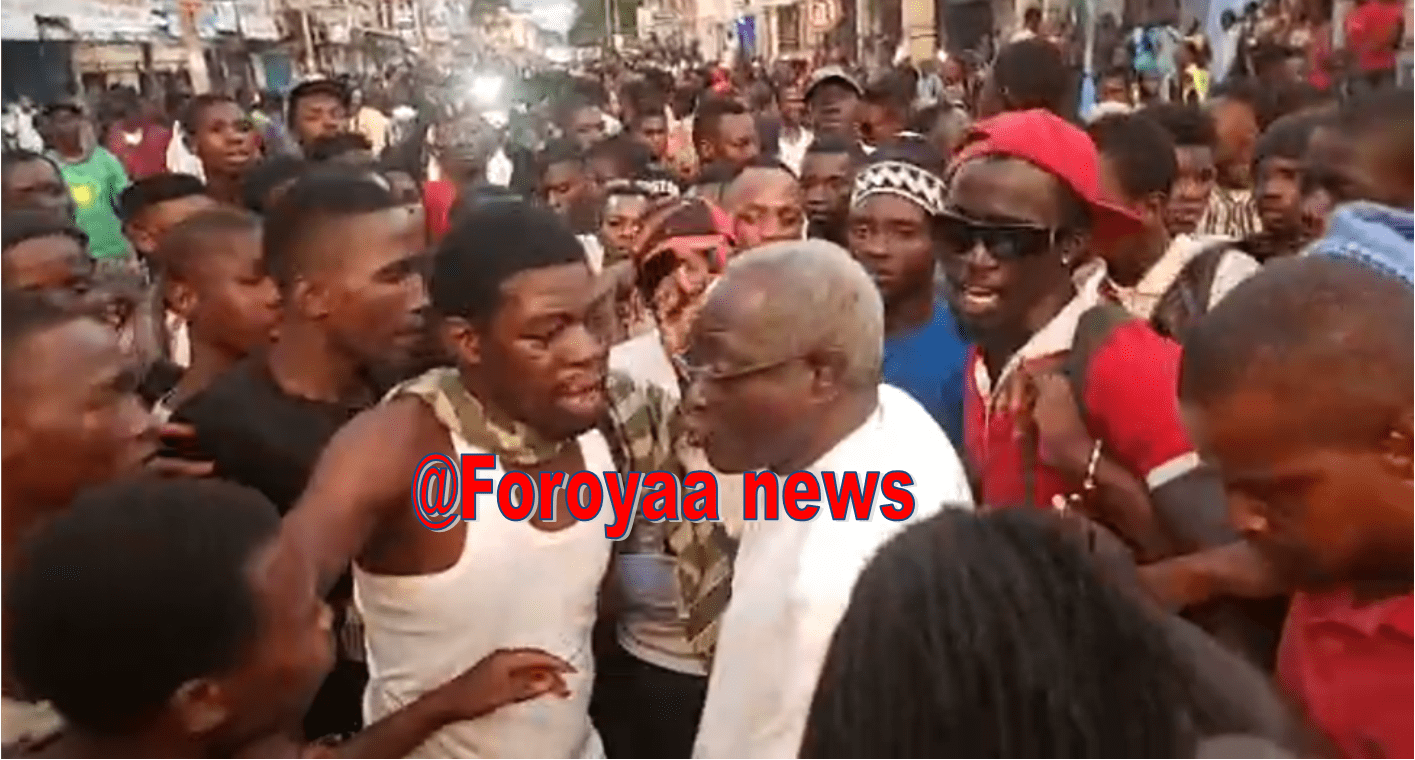 Thereafter, the former Minority Leader marched to the Serrekunda police station where he engaged the Deputy Chief of Defense Staff, Yakuba Drammeh and the Station Officer of the said station for the release of those detained by the police.

Sallah discussed with the officers on the way forward for the resolution of the standoff, saying his aim was to make sure that the protesters vacate the place for peace and tranquillity to prevail.

“I have spoken to the protesters after listening to them and they confirmed to me that some of their colleagues are detained here. They (the protesters) said they will not go home until they are released,” he said. 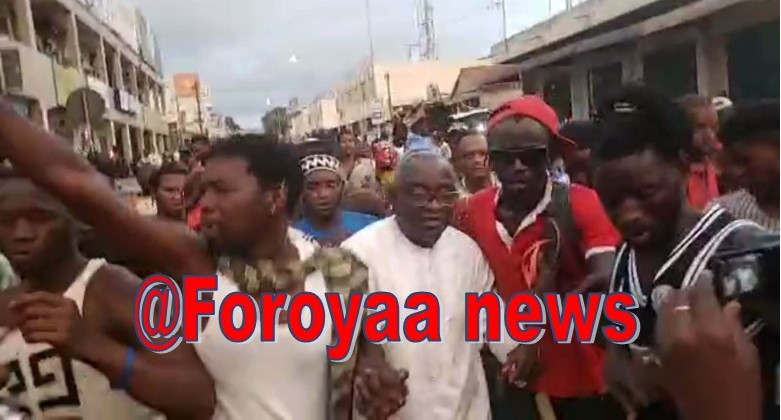 Sallah continued, “They also complained that they are treated like animals. That is why they are reacting like this. To defuse the tension, I urge you to release those who are detained here and I will also go and address the protesters outside and I’m sure they will listen to me.”

The Deputy CDS after listening to Honourable Sallah said his interest was how to calm the situation.

“I was informed about this incident since around 6:30 am and I was subsequently told to deploy my men to the ground. I then called the Yundum camp as it is in their jurisdiction and the men were briefed before they were deployed to the ground,” he said.

Deputy CDS Drammeh said he did not stop there but also decided to come to the ground to see what was happening.

After a while the officers at the station agreed to formally release the eight detainees who were detained at the police station on bail.

Subsequently after their release, Sallah addressed the detainees and urged them to go home.

The protesters could be heard chanting that PIU Officers are not needed in the Gambia.

“We are tired of these killings, these PIU Officers are paid from the tax payers’ money to secure our lives, but they in turn decide to kill our own people,” they said.

Some protesters could also be heard chanting that the PIU Officers were treating them like animals and that was why they were reacting like this.

Sallah continued his mission to meet other protesters in Bakoteh and other places.