FARMERS’EYE WHEN WILL LAND DISPUTES BE ADDRESSED???

This column is devoted to monitor and report on issues that relate to production, processing, preservation and marketing of agricultural produce, aimed at ensuring food security in the Gambia as well as the interventions of Government and Non-governmental Organizations in this regard.

Agriculture remains both a new and old source of national revenue and (youth) employment.

Improved public awareness and discussion of the issues involved, will significantly maximize agricultural outcomes and the contribution of the sector to economic growth and job creation. 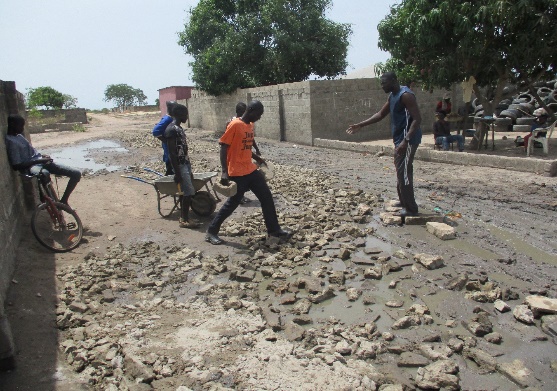 This is precisely the reason why Farmers’ Eye is critically looking at every Agricultural programme or policy, to gauge whether our Agriculture and Natural resources are properly harnessed to ensure food self-sufficiency.

In the last editions I indicated that Section 192 of the Constitution states that “There shall be established a Land commission whose composition, functions and powers shall be prescribed by an Act of the National Assembly”.

This Act has already been passed and assented to and the Commission established. But they are yet to be functional.

Farmers’ Eye column called on the Executive to make the Land Commission functional, to address the series of land disputes in the country.

In the last edition, we started highlighting the Legal recognition and allocation of tenure rights and duties. In this edition, we shall highlight issues on Public land, fisheries and forests.

Where States own or control land, fisheries and forests, they should determine the use and control of these resources in light of broader social, economic and environmental objectives.

Where States own or control land, fisheries and forests, the legitimate tenure rights of individuals and communities, including where applicable those with customary tenure systems, should be recognized, respected and protected, consistent with existing obligations under national and international law, and with due regard to voluntary commitments under applicable regional and international instruments.

To this end, categories of legitimate tenure rights should be clearly defined and publicized, through a transparent process, and in accordance with national law.

Noting that there are publicly-owned land, fisheries and forests that are collectively used and managed (in some national contexts referred to as commons), States should, where applicable, recognize and protect such publicly-owned land, fisheries and forests and their related systems of collective use and management, including in processes of allocation by the State.

States should strive to establish up-to-date tenure information on land, fisheries and forests that they own or control by creating and maintaining accessible inventories.

Such inventories should record the agencies responsible for administration as well as any legitimate tenure rights held by indigenous peoples and other communities with customary tenure systems and the private sector.

Where possible, States should ensure that the publicly-held tenure rights are recorded together with tenure rights of indigenous peoples and other communities with customary tenure systems and the private sector in a single recording system, or are linked to them by a common framework.

States should determine which of the land, fisheries and forests they own or control will be retained and used by the public sector, and which of these will be allocated for use by others and under what conditions.

Policies should take into account the tenure rights of others and anyone who could be affected should be included in the consultation process consistent with the principles of consultation and participation of these Guidelines.

The administration of, and transactions concerning, these resources should be undertaken in an effective, transparent and accountable manner in fulfilment of public policies.

Source: Voluntary Guidelines on the Responsible Governance of Tenure. Courtesy of FAO and CFS.