By Yankuba Jallow Yankuba Touray’s lawyer, Abdoulie Sisoho succeeded in one of his motions while the other was refused by...
Read more

Honourable Speaker, The Covid-19 disease entered the shores of the Gambia when the first confirmed positive case of infection was...
Read more

Discussions on economic woes and lack of access to social services dominated the recent adjournment debate at the National Assembly.

Lawmakers lamented economic challenges the people are faced with. 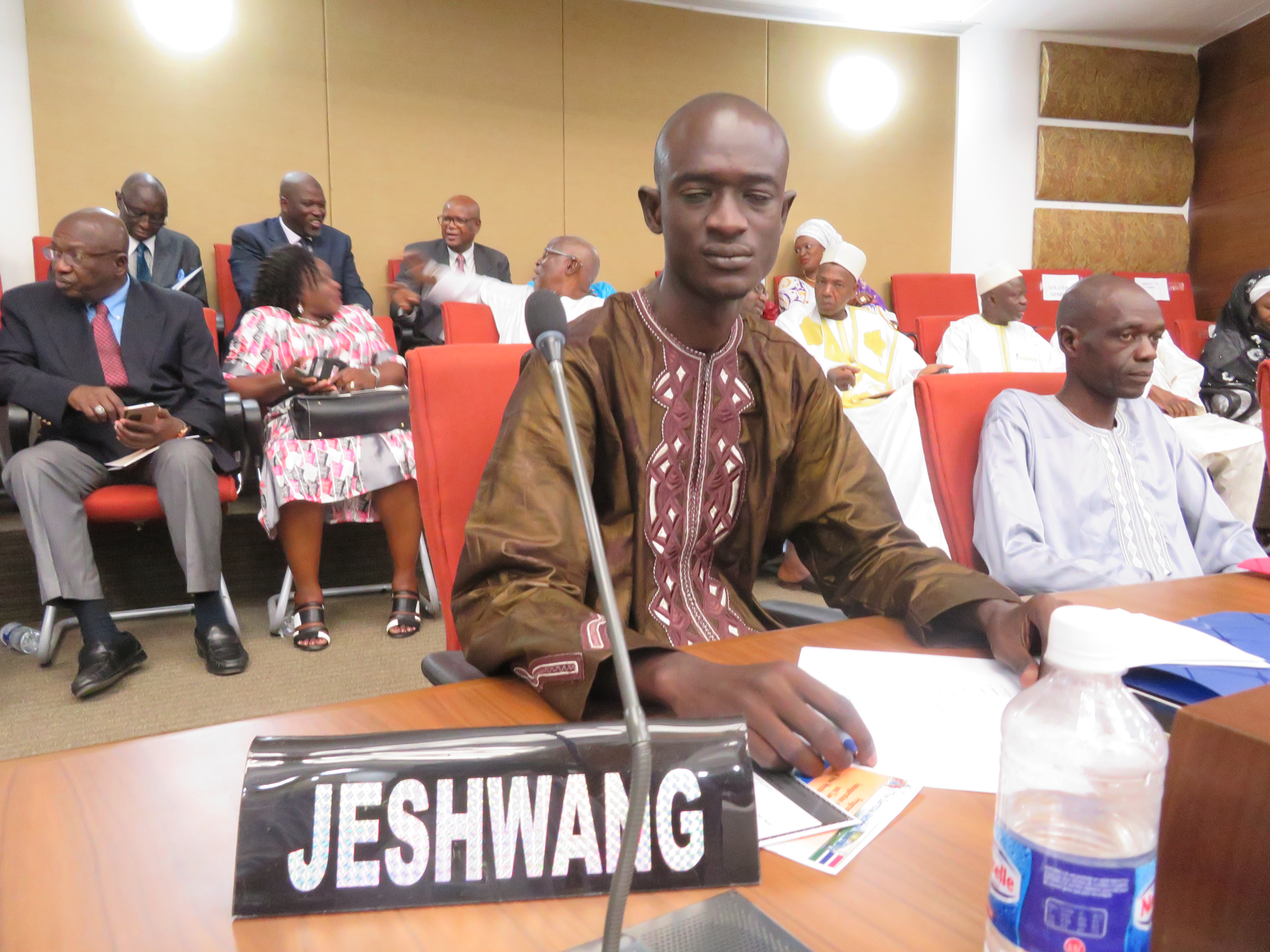 “I am recommending the Ministry of Works and Construction to create more waterways in the township. Their function is not only construction of roads but it as well includes creating waterways,” he said. 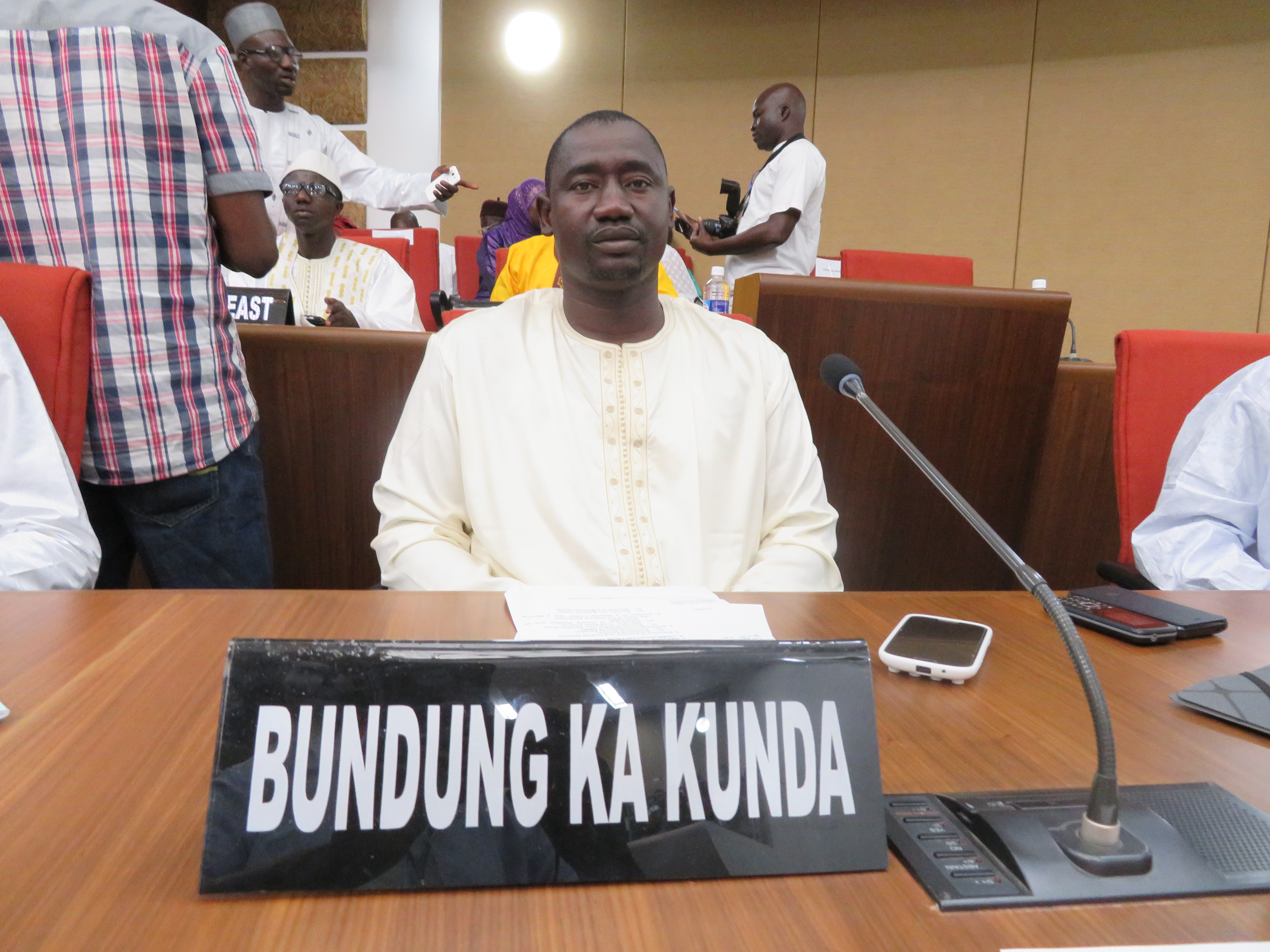 Bakary Njie, the member for Bundungka Kunda harped on water shortage that his people are faced with.

He remarked: “The water problem in Bundung is still a nightmare.”

He added part of Bundung is grappling with having access to portable drinking water.

“There are some areas that stay for three days without having water. In the 21st century, areas like Bundung shouldn’t have problems to have access to water,” he said.

He challenged the Government to solve the issue of the water dilemma in these areas.

He said this has an effect on the increase in the price of fish in the market, but the Government is silent over the issue which is threatening the survival of people.

He said the Government is dismissing people from their offices without any reasons. He said this was a practice by the former Government and it still exists. He said sometimes, people are dismissed on political lines and this according to the NAM has to stop.

Alagie Sowe, the member for Jimara said his constituency lacks access to electricity except for Mankamang Kunda, President Barrow’s hometown which has light after he became the President of the Republic. He said the lawmakers have not received the allowance that was added to their salary in the budget since January.

“Until the investigative committee set up to probe the diplomatic passport issue come with its recommendations, we should hold President Barrow accountable because he calls himself the bus driver,” he said.

He said there are some groups like President Barrow for 5 Years who register themselves as Non-Government Organization which according to him is incorrect. He said these groups are engaged in political activities in support of President Barrow.

“Anyone who wants to form a political party should be ready to go to the IEC and pay 1 million dalasis,” he said.

“It is the biggest Region in the country, but we do not have a major hospital,” he said.

He said the whole of CRR lacks fire station. He called on the Government to build at least 3 fire stations.

He said his area is confronted with security threats from robbers who come armed and steal from businessmen and women. He added that in recent years including this year, groups of thugs came to their area and attacked shops and took over a hundred and fifty thousand dalasis. He said the army and other security personnel in the area lack mobility and he urged the Government to provide them with one.

The member for Jarra Central, Kebba Jallow said for 54 years of nationhood, his constituency still lacks a hospital, adding that the only health facility they have is a clinic which is in Japineh.

He said the Labour Act 2007 needs to be reviewed to meet international standard to ensure the welfare and conditions of the workers are improved.

Salifu Jawo, the member for Jokadou said travelling from North Bank to Banjul is a nightmare.

“People spend long time at the ferry terminal. People pay tax to benefit from the services of the government and therefore, they deserve better,” he said.

He challenged the Gambia Ports Authority (GPA) to improve on its service delivery to the taxpayers.

He said the people of Jokadou have been left behind for 54 years of nationhood.

“There is no community in Jokadou that has access to electricity,” he said.

He said his people are also faced with road problem, adding that since 1985, they haven’t benefitted from any road projects.

He said water is a nightmare for his people.

“So many people in my area are drinking from open wells,” he said.

He said the Government of the Gambia should start planning to buy groundnut and other farm produce from farmers and pay them in cash.

“The Government should pay the farmers in cash at the place where the groundnut is being weighted and not to wait till four or more months to pay the farmers,” he said.

He said his area lack access to good health facilities adding that people spend almost a whole day before having access to medical personnel.

He calls for a decentralized system of development so that every part of the country will benefit from equal services.

Demba Sowe for Niamina West said the sub-regional force in the country dubbed the ECOMIG should leave. He said the Government should have trust and confidence in the State security apparatus because they can do what the ECOMIG is doing.

“The Gambia is not a province of Senegal. The ECOMIG are doing what the Gambian soldiers can’t do,” he said

He said he does not know why the sub-regional force is still in The Gambia.

“Let them leave because the Gambia is at peace,” he said.

Saikouba Jarju, the member for Busumbala lamented the overflow of water at Lamin NTC and called on the Government to solve this problem. He beseeched the Government to name a strong institution after Sir Dawda Kairaba Jawara, the first President of the Gambia for his legacy to remain.

The member for Niani, Alhagie F. B. Sillah said his area lacks access to internet services and they are completely left behind.

Baba Galleh Jallow, the member for Sanementereng said the Brikama Area Council has increased tax at Brusubi by 500% adding that the area is not benefiting from the services of the council.

He said the only health facilities in his constituency are in Sukuta and Brufut. He urged the Government to provide them with a referral hospital.

He said the scarcity of fish in the country is caused by the presence of foreign vessels in Gambian waters. He said the Government should train youths in his area on fishing so that they can fetch fish for domestic consumption rather than allow foreigners fish indiscriminately.

He said lack of access to good roads is still a daydream for his people.

Ousman Sillah for Banjul North asked the Government what they have for people working in the informal sector to access loans and other facilities.

“What kind of initiative does the Government has to help these people,” he said.

He said the Government should ensure they help the people access materials such as fishing gears so that the domination by fishing trawlers owned generally by non-Gambians would be addressed. He said this will enable the young people to become economically engage.

“We should not be relying on license fees, fines, damages and aids as a source of our revenue,” he said.

He said the fishing sector if properly handled, will create job opportunities for thousands of Gambians.

“The essence of government is to ensure life and the livelihood of people is improved,” he said.

The member for Foni Bintang Momodou Camara said the then Minister of Finance Amadou Sanneh has promised them that the price of rice will come down but since on that day, the price had increased instead of coming down.

He said the Government should establish a Land Commission which will focus on addressing land issues in the country.

Muhammed Ndow, the member for Banjul Central talked about the presence of crocodiles in the city which poses a threat to the lives of people especially children. He called on the Government to take a strong position in solving this problem. He said this is causing fear in people and they fear living there especially those living around Bond-Road.

He said rent is expensive in Banjul.

“Two rooms and a parlour is 4 to 5 thousand dalasis and some of these houses were built decades ago,” he said.

He said the Government should regulate the issue of rent.

Billay G. Tunkara, the member for Kantora said he wouldn’t support 3 years jotna because he swore to defend the Constitution and it provides for 5 years.

“I will not associate myself to participate in the arrogation of a Constitution that I swore to defend,” he said.

He said there should be a law that will state that the CEO of all companies must be Gambians as it is happening in other countries.

Sulayman Saho, the member for Central Badibou said storage facility is a problem in the Gambia.

“Farmers cannot store their seed. Look at the vegetables, they have no place to be stored,” he said.

“If you want to see the poorest of the poor, go to the rural area,” he said.

By Yankuba Jallow Yankuba Touray’s lawyer, Abdoulie Sisoho succeeded in one of his motions while the other was refused by the High Court on Monday. Counsel...
Read more
Your Representative

Honourable Speaker, The Covid-19 disease entered the shores of the Gambia when the first confirmed positive case of infection was registered at a health facility...
Read more
National

US says Gambia made significant progress in fiscal reform

The United States Embassy in Banjul on 15th June 2020 said The Gambia made significant progress in its continuing efforts at government fiscal reform. Below...
Read more
Your Representative

By: Kebba AF Touray The Committee of the Whole of the Legislature, in accordance with standing order 70-73 finally considered the Local Government (Amendment) Bill...
Read more
- Advertisement -

Honourable Speaker, The Covid-19 disease entered the shores of the Gambia when the first confirmed positive case of infection was registered at a health facility...
Read more

By: Kebba AF Touray The Committee of the Whole of the Legislature, in accordance with standing order 70-73 finally considered the Local Government (Amendment) Bill...
Read more

By: Kebba AF Touray The Gambia's Legislature is currently considering the Local Government (Amendment) Bill 2020 after a series of heated debates. Like previous proceedings on...
Read more
FOROYAA Newspaper is your premier Gambian community portal delivering news on politics, legal affairs and more. We provide you with the latest breaking news and videos straight from The Gambia and the rest of the world.